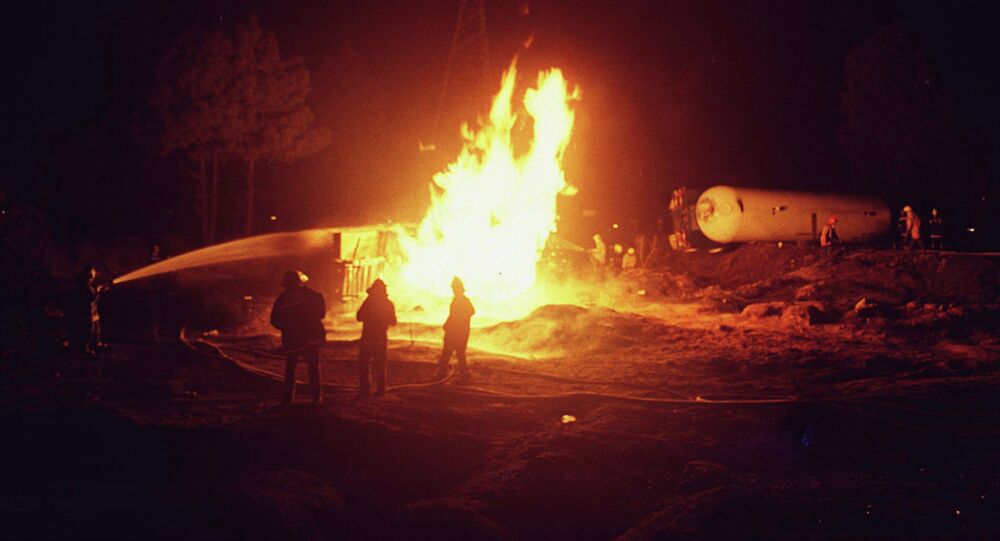 No casualties have been reported as yet, but the fire caused significant financial damage, according to authorities.

A gas tanker truck has exploded on the Iranian-Afghanistan border at a customs post in Herat Province, Reuters reported citing a local official.

Tolo News earlier cited witnesses as saying that a massive fire erupted at the customs post which affected dozens of trucks.

According to the Herat Province governor, the authorities had to request assistance from Iran due to a lack of firefighting equipment.

There have been no reports of casualties due to the incident, however, the fire inflicted damage which officials are currently assessing.