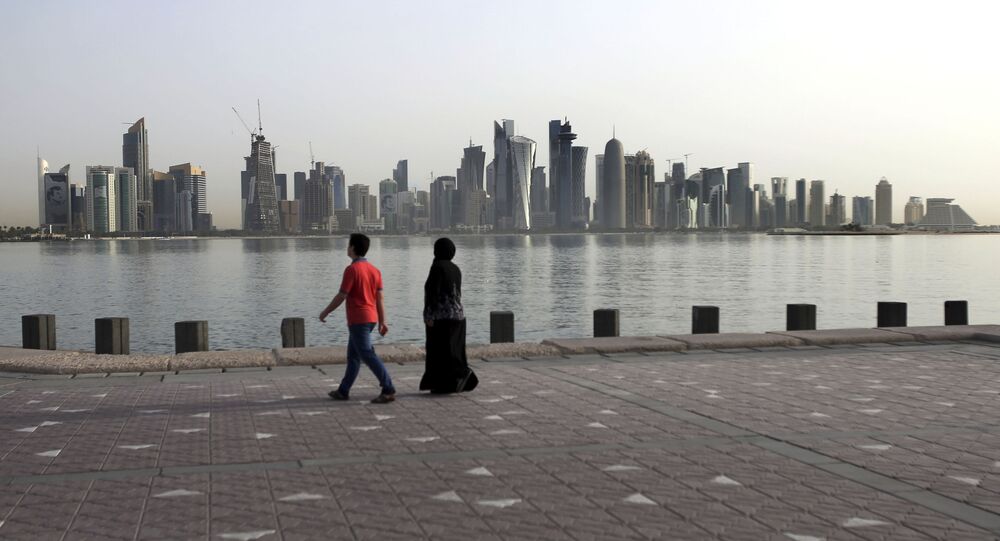 Doha might not drop its support for the Muslim Brotherhood*, says a Kuwait-based expert. Nor will it stop its relations with Iran. But it will play a pivotal role in stabilising the region and bridging the gap between the Gulf Cooperation Council (GCC) and the Islamic Republic.

It's been almost a month since Saudi Arabia, the United Arab Emirates, Bahrain, and Egypt decided to lift their boycott on Qatar, imposed in 2017, following allegations that the gas-rich nation sponsored extremists and harvested warm ties with Turkey and Iran who have been challenging the Gulf states.

Shortly after the announcement concerning the end of sanctions, borders reopened, flights between the nations resumed, trade began flowing, and relatives, once barred from seeing each other, could exchange visits again.

Dr Fahed Al-Shelaimi, chairman at Middle East Centre for Strategic and Political Studies in Kuwait, a country that played a pivotal part in brokering the deal with Qatar, says the most important achievement so far has been the end to the "war of words" and the realisation that an agreement "was indeed necessary".

"[The boycott] didn't end in 100 percent but the tones have been lowered and the normalisation has brought warm feelings between the nations. If we are talking about the achievements that have been accomplished over one month, these are totally acceptable".

But for Saudi Arabia and the three other nations that initiated the earlier boycott these achievements are only a step towards a greater goal - combating the Muslim Brotherhood (MB) and its offshoots deemed terrorist organisations by Egypt and a number of Gulf states.

During the Kuwait-brokered negotiations Doha reiterated that it had no intention of dropping its support for the movement, whose key figures have been stationed in Qatar for years.

Yet, Al-Shelaimi believes the countries did reach an agreement, according to which Qatar would "tone down the MB's activity against Riyadh" and its allies, something that will eventually decrease the level of incitement against Saudi Arabia.

"Now there is this sense of collective GCC work and that cooperation will bring about many positive developments for the region", reassures Al-Shelaimi, adding that one of the main spheres, where these "positive developments" will be needed is in fixing relations between the Saudis and Iran.

Rapproachement With Iran is Near

Riyadh severed its relations with Tehran in 2016 following an attack on the Saudi mission in the Iranian capital. The Gulf nation subsequently recalled its ambassador from the Islamic Republic and cut off all commercial relations with the latter.

Now, with the boycott lifted, relations might be restored and Qatar, says Al-Shelaimi, might play a pivotal role in getting them back on track.

"Qatar will not drop its relations with Iran and is likely to mediate between the Islamic Republic and Saudi Arabia. I believe that in the next 90 days we might see the exchange of ambassadors between the nations because it serves the interests of all parties involved".

And it will not stop there, he says. Once Riyadh and Tehran resume ties, the expert is certain the move will trigger other positive processes that will contribute to stability in the region.

"We're already seeing some signs of rapproachement between Turkey and the GCC", said Al-Shelaimi referring to comments made by Turkish President Recep Tayyip Erdogan, who welcomed the removal of the blockade on Qatar.

"The UAE and Iran will also resume ties simply because they need each other for economy and trade. And Abu Dhabi will be able to use its warm relations with Israel and mediate between it and the Islamic Republic".

Until that happens though, the hope is the breakthrough achieved last month will not be hampered by unexpected developments. If, however, that rapproachement is halted, Al-Shelaimi is certain that the GCC won't resume the boycott but relations will remain cold, which is something that Qatar will definitely want to avoid.