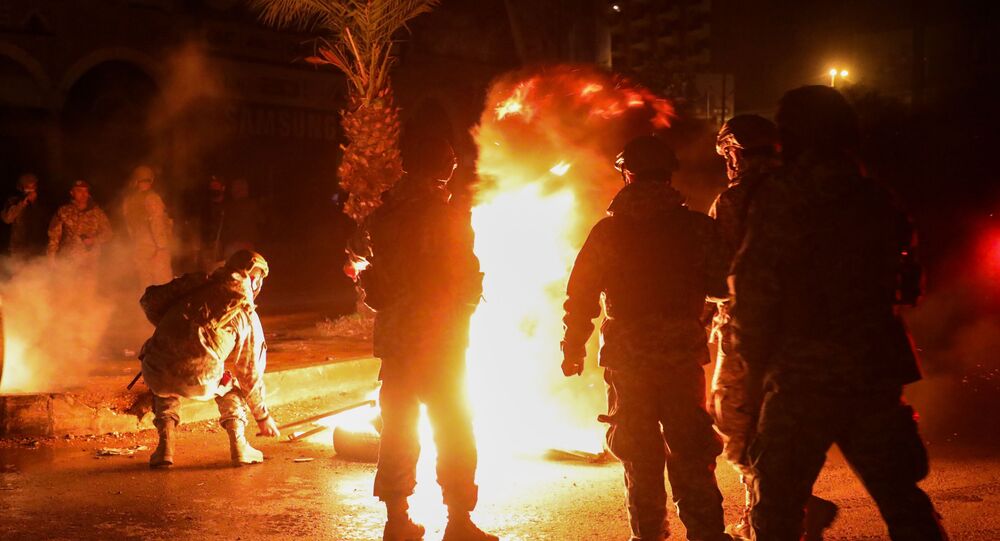 BEIRUT (Sputnik) - Protests in Lebanon’s second-largest city, Tripoli, have led to the injury of at least 70 children over the course of one week, according to the United Nations International Children's Emergency Fund (UNICEF).

"Clashes between police and demonstrators in Tripoli, in northern Lebanon, have resulted in unacceptable injuries among people. At least 70 children were injured over the course of one week, according to emergency department reports," the Lebanese branch of UNICEF said in a statement obtained by Sputnik.

On Thursday, a Sputnik correspondent reported that a 15-year-old was evacuated from central Tripoli amid police clashes with the protesters. The teenager was injured in the head and was unconscious, according to a video recorded by Sputnik.

UNICEF has warned against the participation of minors in such protests and called for guarding children against expressions of violence and aggression, ensuring children’s security and protecting their health.

Protests in Tripoli, Lebanon, have continued since Monday, with law enforcement clashing with the demonstrators. According to Lebanese Red Cross data, over 400 people have been injured.

Protesters are calling for an better quality of life and opportunities for work. Tripoli residents have also expressed discontent over the extended coronavirus lockdown and a lack of reforms and measures to address the severe economic crisis in the country.