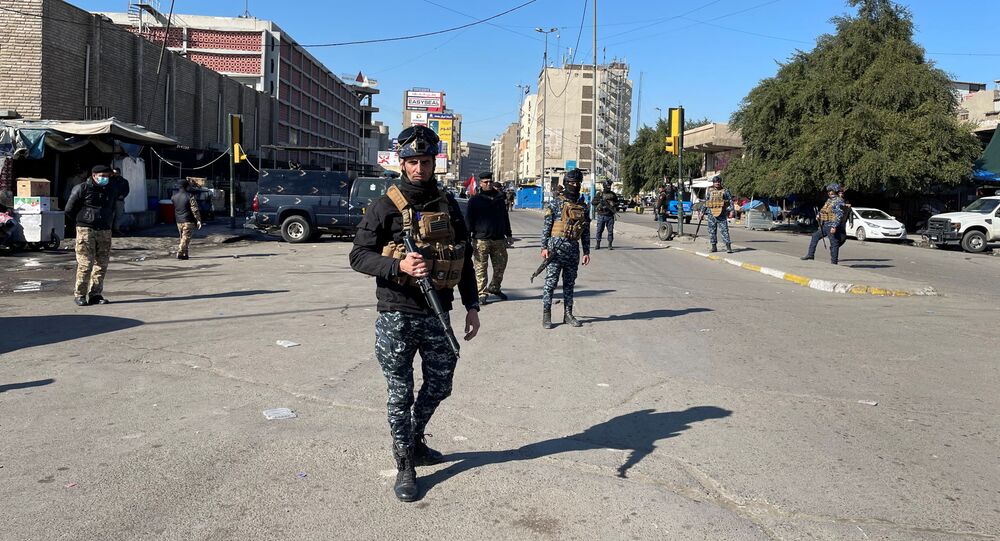 The situation in Iraq grew more tense in late 2019, when the United States accused Kataib Hezbollah of launching an attack on a US military base near the Iraqi city of Kirkuk. In retaliation, the US launched a strike against the group's forces killing about two dozen fighters.

A double suicide attack in the Iraqi capital Baghdad has claimed the lives of at least 28 people while leaving at least 73 injured, Iraqi military said, as quoted by Reuters.

A source told Sputnik that one of the bombers blew themselves up in Tayaran Square, while the other detonated their device in the "Bab al-Sharqi" market in central Baghdad.

The source noted that ambulances had rushed to the scenes of the explosions to transport the dead and the wounded to nearby hospitals.

According to police sources, the death toll could increase as some of the wounded were in critical condition.

The explosions occurred in a commercial centre in central Baghdad and besides human casualties, there's material damage.

The Iraqi security services have cordoned off the two bombing sites, while also reportedly closing the entrance to the Green Zone, occupied by the federal government as its headquarters in central Baghdad.

No group has claimed responsibility for the attacks yet.