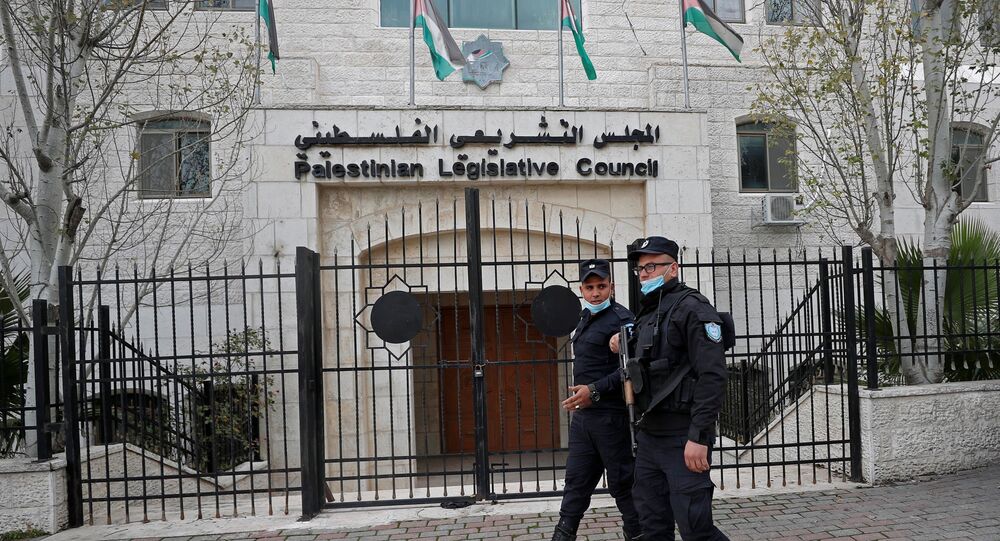 Palestinian Elections' Dates Might be Set but They're Far From Certain; Here's Why

The desire to unlock millions of dollars in US assistance and improve relations with Europe have pushed the Palestinian factions to agree on dates for an election, believes the director-general of a Palestinian think tank. But what also triggered the decision was the determination to silence the voices of dissatisfaction in the West Bank and Gaza.

Friday was history in the making as Palestinian President Mahmoud Abbas issued a decree announcing dates for legislative and presidential elections, set to take place on 22 May and 31 July, respectively.

A vote for the National Council of the Palestine Liberation Organisation, which represents the Palestinian cause in the global arena, would be held on 31 August.

If they do end up occurring, it would mark the first time Palestinians would be casting their ballots in 15 years, and Nidal Foqaha, Director General of the Palestinian Peace Coalition-Geneva Initiative, says the timing of the announcement was interesting: just days before the inauguration of US President-elect Joe Biden.

"Of course, the reconciliation efforts started long before the American elections, but I believe the victory of the Democrats contributed to the revival of the Palestinian political system that decided to address the world with a new language, that of elections and democracy."

Improving Ties With the US

In an interview with The Arab American last November, Vice President-elect Kamala Harris said that once her administration takes office, it would "take immediate steps" to address the humanitarian crisis in Gaza, reopen the US consulate in East Jerusalem and the PLO mission in Washington, as well as restore economic assistance that had stopped under Donald Trump.

At the time, many believed that those steps would only be taken if the Palestinian leadership showed a willingness to find a solution to their inner disputes. Now that the dates of the elections seem to be determined, that promise of the new US administration might come into effect. And if it does, that would unlock hundreds of millions of dollars in assistance to the West Bank and Gaza.

The PA and Hamas need that money to overcome challenges posed by the outbreak of the coronavirus pandemic and the repercussions of monetary cuts imposed by the US, a number of Gulf donors and European states.

But the need for cash was far from the only factor that contributed to the Palestinian reconciliation process and Foqaha claims it has also been dictated by the desire to please Europeans, who have been pushing for elections, and, most importantly, to calm the moods inside the West Bank and Gaza.

"Both factions [Fatah and Hamas] have faced substantial difficulties in coping with the harsh reality of the people they rule", said the expert.

"While the PA found itself divided and deprived of international and regional allies, the Gaza authorities failed to deliver on their promise to lift the siege [imposed by Israel in 2007, following the seizure of the enclave by Hamas, deemed a terrorist organisation by Israel - ed.]".

Recent public opinion polls conducted by the Palestinian Centre for Policy and Survey Research back those claims and show that the approval ratings of both Fatah and Hamas have been low.

A December survey, for example, found that 66 percent of Palestinians wanted to see President Abbas leave office. More than 80 percent believed his government was corrupt.

In Gaza, polls do not ask whether the public would want Hamas to relinquish power, but a survey published last June revealed that 53 percent of the Strip's residents considered their conditions "very bad"; 46 percent admitted they were considering relocation.

Setting up dates for elections is likely to silence the voices of dissatisfaction in the enclave and the West Bank but the question that still needs to be answered is whether Friday's declaration will actually translate into action.

The previous promises of Abbas to hold elections have never materialised, and Foqaha says that Fatah and Hamas will still need to overcome a number of difficulties for the polls to actually take place.

"There are still major disagreements between the two factions", explained Foqaha, referring to a number of political and logistical issues.

"For example, they will need to determine who will be in charge of monitoring the elections process in Gaza, what will be done in the case of Palestinians living in East Jerusalem, in case Israel decides to prevent their participation and, finally, they still need to agree on what happens if Hamas loses its control over the Strip."

These are not simple issues to resolve and by May, negotiations between Fatah and Hamas could end with no resolution; this is the reason why Foqaha says that only the "good will of both sides" will guarantee that these elections will eventually take place.