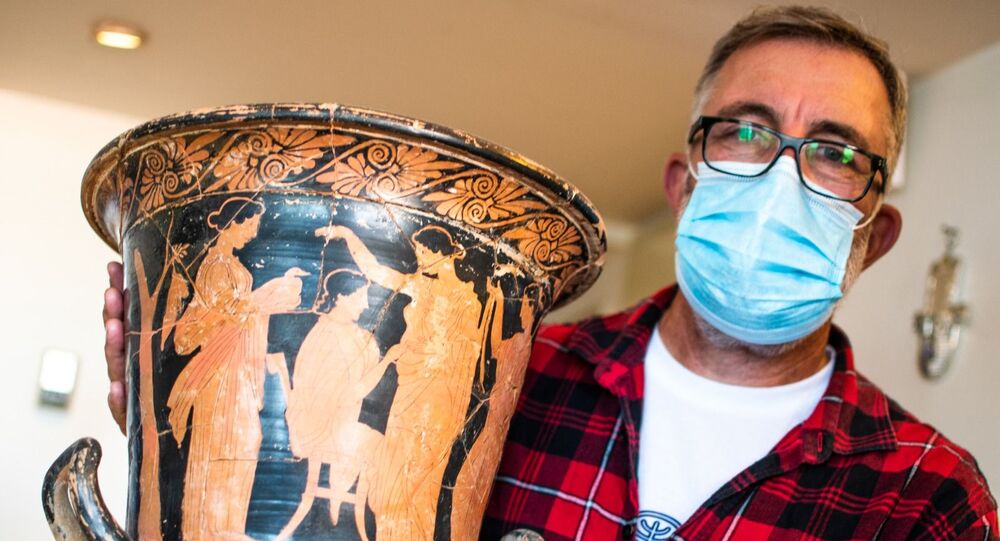 The artifacts were stolen from ancient graves in the Mediterranean Basin, Africa, and South America, including "rare finds" dating back to the 10th century BCE - 11th century CE.

The Israel Antiquities Authority (IAA) busted an international network of smugglers suspected of illegally trafficking a vast number of antiquities from several continents.

According to the Facebook post published on Monday, an IAA raid conducted in an apartment in Israel's Tel Aviv helped to recover thousands of "spectacular and rare" items at three warehouses in the city's metropolitan area. The operation was conducted in coordination with the police and the tax authority and had been ongoing for several months before the bust was made.

“This operation is one of the largest ones carried out against theft and trade of antiquities in Israel,” the statement said. “It is suspected that most of the artifacts were robbed from ancient burials in the Mediterranean basin, Africa and South America.”

During the raid, the authorities recovered worship vessels, including a few black-figure style and red-figure style Greek ceramics, parts of sculptures and ancient coins, and other objects dating back to the era of Ancient Rome.

Amir Ganor, the head of the IAA’s antiquities robbery prevention unit, said that not all of the antiquities found were from the soil of Israel.

“Any archeological finding that is detached from its archeological context [that is] in the hands of antiquities robbers and sold for lucre, in effect products a black hole in history and it is this we’re working to prevent,” Ganor said as quoted by The Times of Israel.

The IAA will seek to determine each item's place of origin. The authorities are going to work with Interpol and others in their investigation.

The smuggling group consisted of three men of Israeli residentship, all of them older than 40, according to the newspaper. The suspects are facing charges of money laundering and the illegal sale of antiquities, among others.

Photo: Remains of 'Master' and His 'Slave' Discovered in Ashes of Ruined Roman City of Pompeii