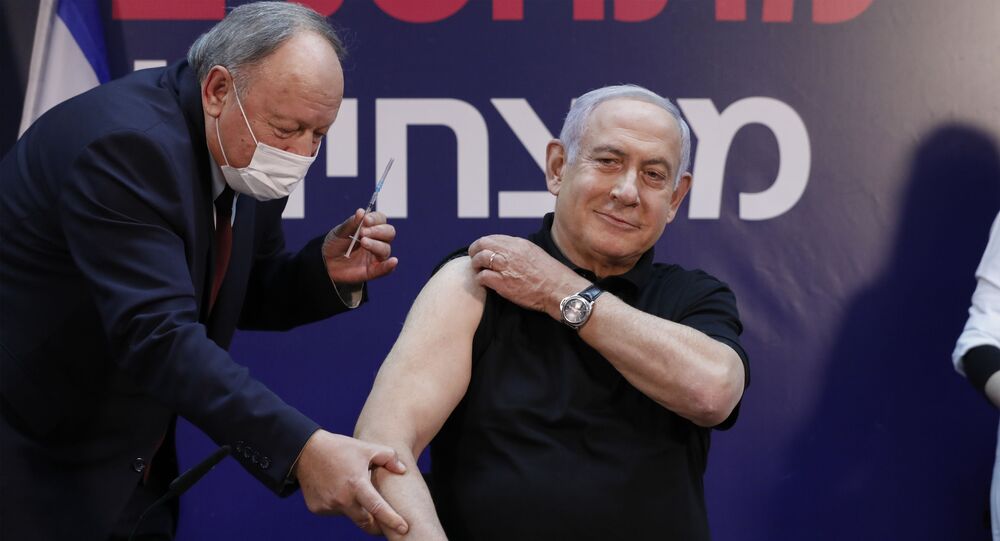 Israel's mass vaccination campaign continues to move forward, with over a million citizens already having received the inoculation. A former head of the nation's Health Ministry says that even if the vaccine doesn't prove useful, it will still put an end to the fear of COVID-19, whose threat, according to him, has largely been exaggerated.

Israel has vaccinated more than a million people, continuously moving towards becoming the first nation to curb the pandemic.

Yoram Lass, former Director General of the country's Ministry of Health and a person, who repeatedly said the novel coronavirus was not a serious disease, has become one of those, who got the vaccine but claims he took the shot for a different reason.

"I am happy that Israel is now vaccinating its citizens. It will finally put an end to this mental illness, called anxiety. And what it will also do is that it will stop our crazy government from ruining our lives".

Lass has repeatedly slammed the Israeli government for the measures it has taken since the outbreak of the pandemic in mid-March.

From the very beginning, he claimed the disease was not that serious and that its magnitude had been exaggerated.

© REUTERS / RONEN ZVULUN
240 Israelis Test Positive for Coronavirus After Getting Vaccinated
When the pandemic erupted, his comments made sense. Back then, more Israelis died of complications from various lung diseases than COVID-19, but Lass' views are now unpopular and have largely been slammed by a public terrified by the spread of the virus.

And so was the government that imposed a number of strict measures to contain the pandemic. Now that Israel is under its third lockdown, which is expected to stay in place until 9 January, Lass says it was yet another unnecessary step taken by Prime Minister Benjamin Netanyahu and his "failing" coalition.

"The numbers of the disease do not justify the lockdown that they imposed", he says, referring to the more than 3,300 deaths that have been registered in Israel since March. "No Valium will help here. They are ruining everything because of their anxiety", he adds.

Three lockdowns have already led to a wave of layoffs, pushing unemployment rates above 14 percent in November, and have also caused the shutting down of tens of thousands of businesses across the country.

"It has been proven by many research papers that showed the inefficiency of lockdowns. They don't stop the spread of the disease, they only postpone it. Eventually, you have to stop a lockdown, or else you will die of hunger".

Instead of imposing mass restrictions, the former Health Ministry chief suggests that Israel should be "looking at figures", analysing where the hubs of the pandemic are and taking pinpointed measures to tackle the focal points.

The vaccines aim to put an end to this situation. Lass is certain that even if COVID doesn't go away quickly, the vaccines will help halt the mental anxiety caused by the virus.

"The [Pfizer] vaccine has been tested on over 40,000 people. But it was tested on the young and healthy, not the elderly or those suffering from chronic diseases. So all we have to do is wait and pray that it actually works. But even if the inoculation doesn't work, it will still put an end to this anxiety disorder".