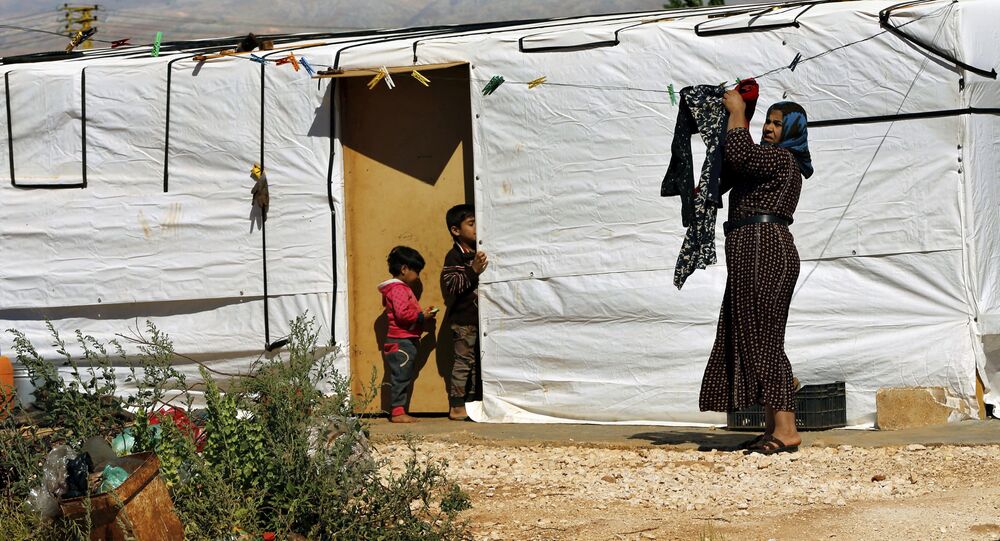 BEIRUT, (Sputnik) - The Lebanese army said on Sunday that it had detained two Lebanese nationals and six Syrians linked to a scuffle that led to a shooting and arson of a refugee camp in the country’s north.

In the night to Sunday, a conflict broke out between Lebanese and Syrians in the Miniyeh district. As a result, some 100 refugee camp tents, which were home to 75 families, were torched.

"After an intervention of the army and military intelligence officers, a patrol and search were organized in the Miniyeh-Bhanin area to detain all participants in the camp’s arson and those who used weapons," the army said.

According to the statement, all the detainees were handed to the prosecutor's office for further investigation. The search for the rest continues.

In November, some 270 families of Syrian refugees fled the town of Bsherre in northern Lebanon after a Syrian shot dead a Lebanese man. The Syrian Foreign Ministry expressed its condolences to the family of the deceased and appealed to Beirut to prevent violation of rights of Syrian refugees.

© REUTERS / Hassan Abdallah
Civil defence members put out fire at a camp for Syrian refugees near the town of Qab Elias, in Lebanon's Bekaa Valley

Lebanon is home to some 1.5 million Syrian refugees, most of whom live in camps in the Beqaa Valley and the Akkar region in the country’s north. According to the United Nations, the number of Syrian refugees in Lebanon living below the poverty line has increased from 55 percent in 2019 to 89 percent this year.

The Lebanese authorities have repeatedly urged the international community to facilitate dignified repatriation of Syrians. Damascus, with Russia’s support, hosted the first international conference on the return of refugees in November, but Western countries abstained from the event.