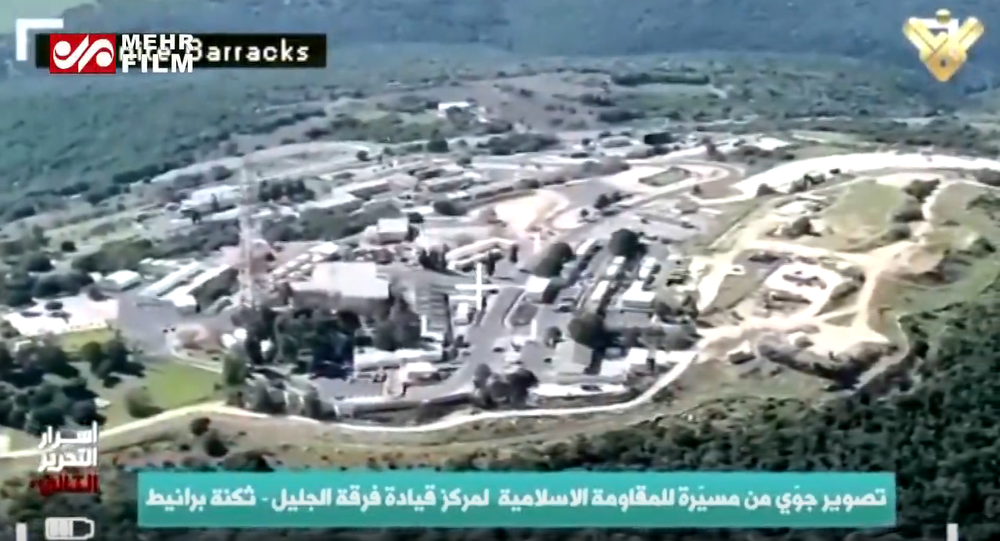 Israel and Hezbollah do not enjoy warm relations, as the Jewish state, along with over 20 countries and international alliances, considers the group to be a terrorist organisation. Hezbollah does not recognize Israel as an independent country.

At the time of the border breach, the Israeli army was reportedly "on alert as it was reported to be conducting drills". According to The Jerusalem Post, the video was taken in late October, as the IDF carried out a large-scale military exercise, dubbed "Lethal Arrow" that was reportedly simulating a war with Hezbollah.

Video: Aerial view filmed by Hezbollah drone launched in the midst of the (Lethal Arrow-IDF Excercise) which was carried out in November 2020, which simulates the outbreak of a multi-front war, with a focus on the northern front with Lebanon. pic.twitter.com/pahqY27Nhu

​Earlier in the week, the Lebanese army press service said that Israeli military aircraft had violated the country's airspace, noting that "intensive flights at medium altitude" were carried out by Israeli fighter aircraft over Kesrouane, Beirut, and in the Bint Jbeil area.

Israel considers the Lebanese paramilitary political group Hezbollah a terrorist organisation. Hezbollah does not recognize Israel as a sovereign state and aims to end what it describes as the Israeli occupation of southern Lebanon.