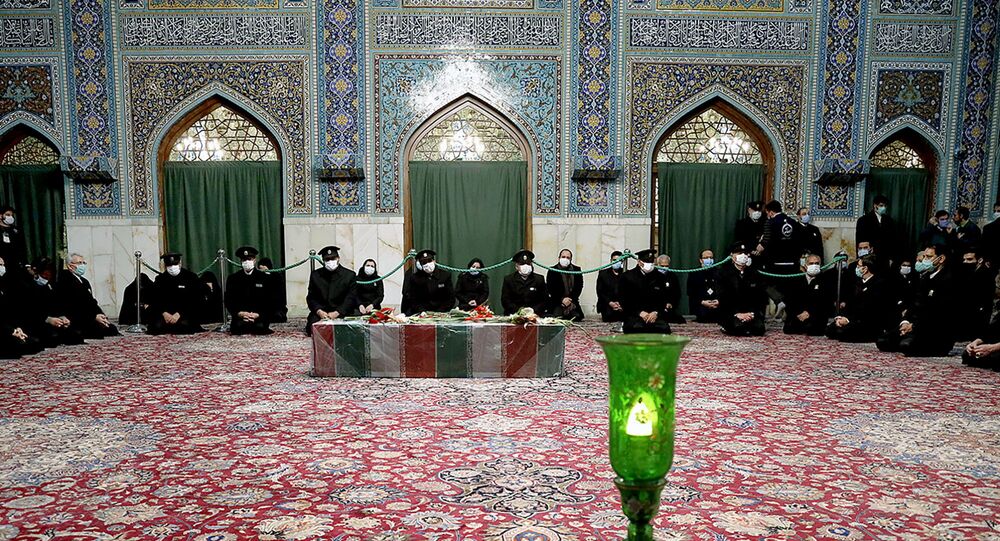 The head of the Iranian Defence Ministry's innovation centre was killed in an attack near Tehran on Friday, with Iranian officials suspecting Israeli intelligence of being behind his assassination.

According to the statement, the UAE calls on all parties to exercise maximum restraint to avoid a possible escalation of already existing tensions in the region.

Several nations in the region and overseas have expressed concerns that the killing of Fakhrizadeh could possibly lead to increased tensions in the region, calling on all parties to avoid actions that could lead to escalation. On Saturday, Iranian President Hassan Rouhani said that the crime would not go unanswered, prompting Israel to reinforce security provisions in its foreign diplomatic missions.

Tehran believes that Israel is responsible for the physicist's death. Iranian Foreign Minister Javad Zarif has dubbed it a targeted terrorist attack on the country's officials, while also calling on the international community to abandon their "double standards" and condemn the assassination.

Terror attack on our scientist was indubitably designed & planned by a terrorist regime & executed by criminal accomplices.
Shameful that some refuse to stand against terrorism and hide behind calls for restraint.
Impunity emboldens a terrorist regime with aggression in its DNA.

While Tel Aviv has refused to either deny or confirm the allegations, the Israeli government had previously said that Fakhrizadeh was the head of the unit within the Iranian military allegedly developing nuclear weapons. However, Iran has repeatedly said that its nuclear programme is designed to serve purely peaceful purposes.