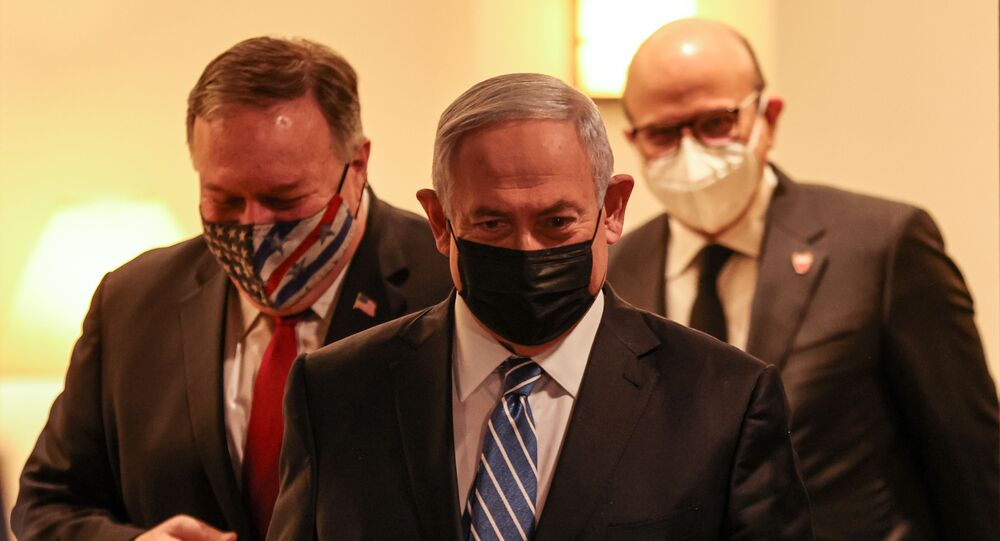 Israel confirmed earlier in the day that it had strikes against targets linked to Iran's Quds Force and the Syrian Armed Forces in the country.

The prime minister warned that any attempt to attack Israel will not be tolerated and would lead to consequences.

The Israel Defence Forces (IDF) announced earlier in the day that they had struck Iranian Quds Force and Syrian Armed Forces targets in Syria roughly a day after they defused improvised explosive devices in the southern Golan Heights, which Israel blamed the Syrian government for.

According to the Syrian news agency SANA, Israeli forces opened rocket fire early on Wednesday from the direction of the Golan Heights. Syria’s air defence forces shot down several rockets. As a result of the attack, three servicemen were killed and one was wounded.

Israel seized the Golan Heights from Syria during the Six-Day War in 1967, and has been in control of them since 1981 after passing the controversial Golan Heights Law. The status of the mountain plateau is considered one of the main sticking points in the Israeli-Syrian conflict.