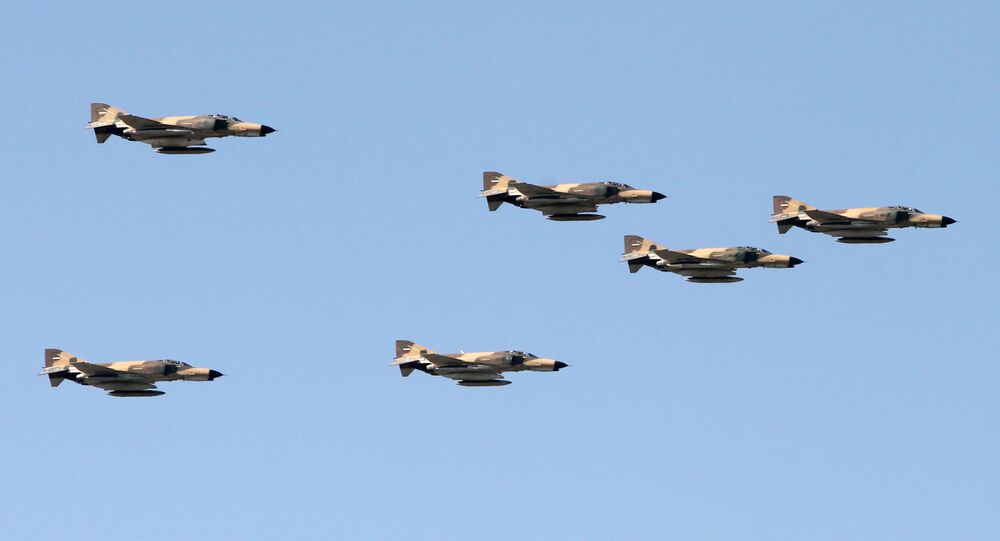 Despite establishing domestic production of many military vehicle types, including jets, in light of a UN ban on weapons sales, Iran still uses RF-4s obtained from the US in the 1960-70s, during the time of the Imperial State of Iran.

The Iranian Air Force equipped its fleet of McDonnell Douglas RF-4 jets with new domestically made "Samat" cameras for aerial reconnaissance ahead of their participation in the Fadayeeyan Harim Velayat drills in the central province of Isfahan.

The RF-4s, first shipped to Iran by the US during the 1960s and 1970s when the two were allies, have taken part in the war games alongside Iranian-made "Kaman-12" drones. Together, they performed sorties over a hypothetical enemy’s territory, taking pictures of the opponent's positions and conducting electronic surveillance, during the first day of the two-day exercise, which kicked off on 2 November.

This ranks as one of my favourite jets to have photographed. Hellenic Air Force RF-4E - what a wonderful jet and sad that these recce jets are no longer active. Only Japan and Iran still operate the RF-4. #AvGeek #aviationphotography pic.twitter.com/qbcCqmmeM1

Apart from reconnaissance missions, Iran's Air Force practiced striking targets using fighter jets and bombers armed with domestically developed missiles and smart bombs, Air Force spokesman Brigadier General Farhad Goodarzi revealed. According to him, the drills are being held to send a message of "stability, friendship and sustainable peace" to other regional powers. He warned potential adversaries, however, against making "miscalculations" and attacking the Islamic Republic, vowing that it would give a "crushing" response.

The Fadayeeyan Harim Velayat drills take place each year and in 2020, units from seven Iranian air bases are taking part in the war games. An array of Iranian fighter jets, bombers, transport and tanker aircraft, and drones are taking part in the exercise, which is aimed at refining modern warfare tactics designed to respond to "emerging military threats", according to Air Force Commander Brigadier General Aziz Nasirzadeh. The latest Iranian drills come amid a continuing confrontation between Tehran and Washington, which has intensified in recent years due to the increased presence of American military vessels in the Persian Gulf region despite the Islamic Republic's objections.