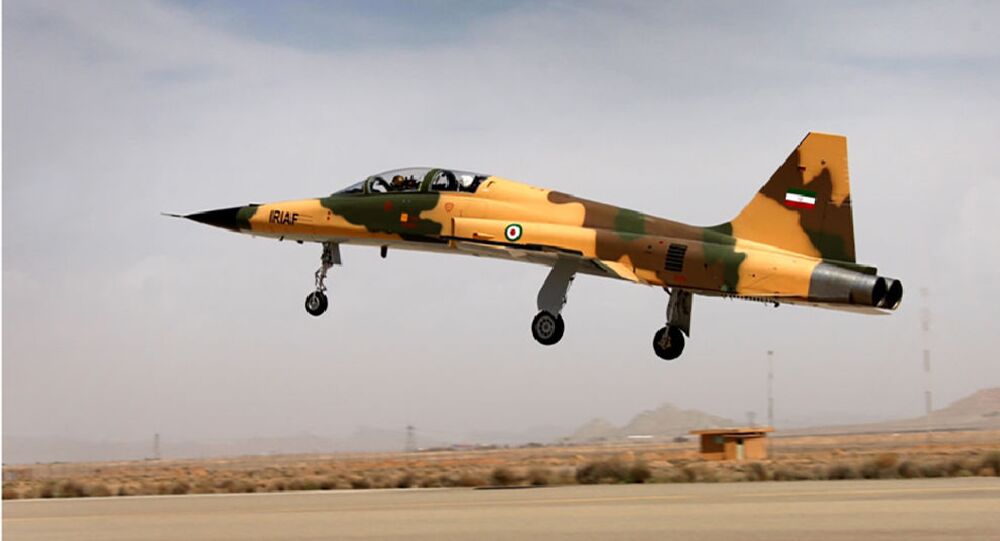 The upcoming war game is one of many held annually by Iran in a bid to prepare for a possible invasion by hostile forces. These preparations come in light of the ongoing standoff between Tehran and Washington, as the latter continues to maintain a military presence in the Persian Gulf despite Iran's objections.

The Iranian Air Force is commencing its two-day annual air drills dubbed Fadayeeyan Harim Velayat ("Defenders of the Sky") in the central province of Isfahan on 2 November, Air Force Commander Brigadier General Aziz Nasirzadeh has announced. According to him, units from seven Iranian air bases will take part in the exercises.

The war games will feature an array of fighter jets, bombers, transport and tanker aircraft, reconnaissance planes, and drones. Among the latter there will be domestically made models armed with smart long-range missiles capable of striking targets with pinpoint accuracy, Nasirzadeh boasted.

The Iranian Air Force commander elaborated that during the drills, the pilots will train in modern warfare tactics designed to respond to emerging military threats.

While Nasirzadeh did not provide details about the nature of the new threats that Iranian pilots are preparing to deal with, Tehran has been in a standoff with the US ever since Donald Trump assumed office in 2017. Namely, Washington has strengthened its military presence in the Persian Gulf region under the pretext of ensuring the security of local shipping lanes despite repeated objections from Tehran. The latter insists that local powers should ensure the security of the region, but Iran's comments have so far fallen on deaf ears.