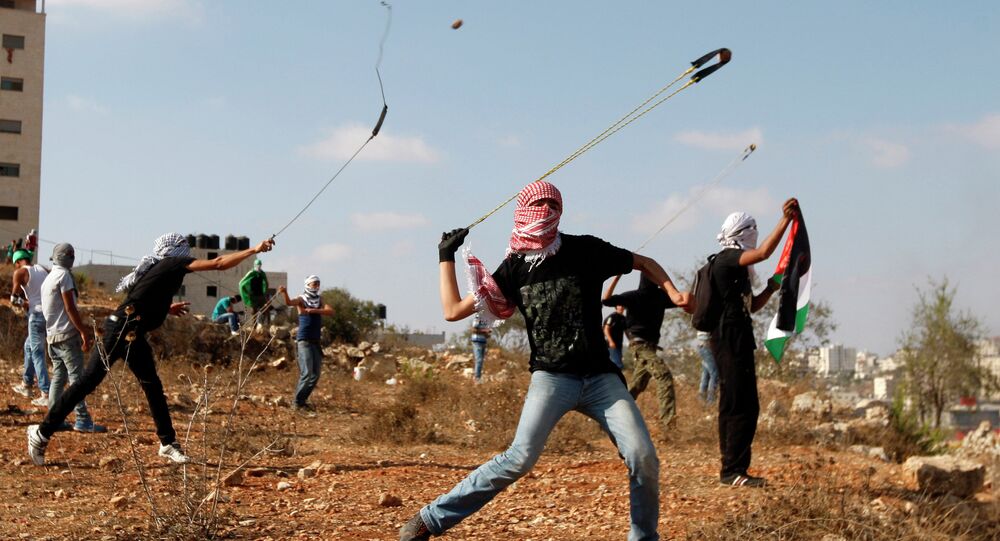 Israel has learned a lot from the second intifada, which erupted in September 2000, says a retired colonel, who back then served as deputy commander of the combat intelligence corps. The primary lesson was to prevent a repeat of such bloody events, something that the Jewish state has managed to master.

It was a decision that sparked mass protests against Israel, triggering a fire.

Twenty years ago, on 28 September, then head of Israel's opposition Ariel Sharon paid a visit to the Temple Mount, a plateau in Jerusalem which is considered holy for Jews and Muslims alike.

The official reason for the visit was to inspect the construction work that has been done in the area, but Palestinians regarded it as an attack on their holiest of holies and didn't want it to go unnoticed.

A day after the visit, the Palestinian Authority (PA) announced three days of mourning and the fire of the Second Intifada, or the Palestinian popular uprising, allegedly lit by Sharon, started spreading, just 13 years after the first intifada.

Protests in Jerusalem inspired more protests by Palestinians across the West Bank and even Arabs within Israel. In the eight days following the visit, 13 Palestinians were killed amid violent clashes with Israeli security forces. Hundreds on both sides were wounded.

But the events didn't catch Israel's military by surprise.

Miri Eisin, now a retired colonel, who back then served as deputy commander of combat intelligence corps, says the army has been preparing for a possible Palestinian uprising from late 1990s, collecting information and following the Palestinian leaderships' movement.

© AP Photo / Lefteris Pitarakis
Palestinian Movement Threatens Israel With New Intifada Over US Embassy Relocation
For her, as well as the security apparatus she represented, the question was not if the riots would start but rather when and what would ignite them.

Apparently, Sharon's Temple Mount visit provided that spark, but Palestinian leaders have admitted that that was only an excuse and that the violent uprising would have happened regardless, with or without his move.

Israel's response was quick and harsh, and Eisin says that magnitude probably "ignited an additional cycle [of violence]" that could have been avoided otherwise.

"In the first few months we were harsh against different types of events that started the intifada. They were instigating and we were responding".

Programmed to Respond with Force

During that time, the IDF fired back at young people that threw stones at Israeli soldiers and responded violently in clashes with the Palestinian security forces.

It also rounded up and jailed hundreds of those who planned attacks or simply those who obstructed regular life, filling up Israeli prisons with Palestinian inmates.

© AFP 2021 / AWAD AWAD
From Foe to Friend: Ex-Spy Recollects 2nd Intifada, the Recruitment of Agents and a Rebel 'Prince'
Back then, Eisin admits, the IDF was programmed to treat such events as a security challenge, and cared little about the media factor and the public diplomacy that has been used by the Palestinians to tilt international opinion in their favour.

As a result, "Israel was winning the battle but losing the war," because while the Jewish state was effective in combating terror, it was condemned far and wide in the international arena.

The mass media gave the Palestinian riots a central stage in their coverage, whereas NGOs were scrutinising Israel's conduct and published reports on its alleged human rights violations.

All that changed in 2001, says Eisin. "The first reason for this was 9/11, that altered the American perspective. And the second was that Hamas and Fatah [two rival Palestinian factions - ed.] decided to take a different path after realising that their previous approach was not effective enough against our military."

Starting from January 2001, Palestinian factions started to target Israeli civilians. In the absence of a barrier that would prevent terrorists from infiltrating Israel, attacks on busses, restaurants and night clubs became almost a daily reality.

During the years of fighting, Israel lost more than 1,100 people, 70 percent of whom were civilians. Over 8,000 were injured in Palestinian terror attacks.

Those terror acts only subdued when Israel completed the construction of its West Bank barrier in the late 2000s, a 708-kilometer long fence designed to stop the infiltration of Palestinian terrorists and illegal workers into Israel.

Israel has learnt a lot of lessons from that traumatic experience, says Eisin. Although the Jewish state still exerted its military force, launching operation Defensive Shield, it has also started using public diplomacy in an attempt to change the negative perception of the IDF.

Eisin herself participated in Israel's public diplomacy efforts on a number of occasions, giving interviews to the foreign press and providing the international community with proof that Palestinians were using terror against civilians, prompting Israel to retaliate and defend itself against their violence.

But one of the most important lessons Israel learned, says Eisin, was how to prevent these events from happening again.

"In the last decade, Israel has learnt how to be very preemptive and our current Prime Minister [Benjamin Netanyahu - ed.] has been very effective in this regard. I might not agree with his rhetoric but I do stand behind decisions made when it comes to security threats that the Jewish state has been facing".