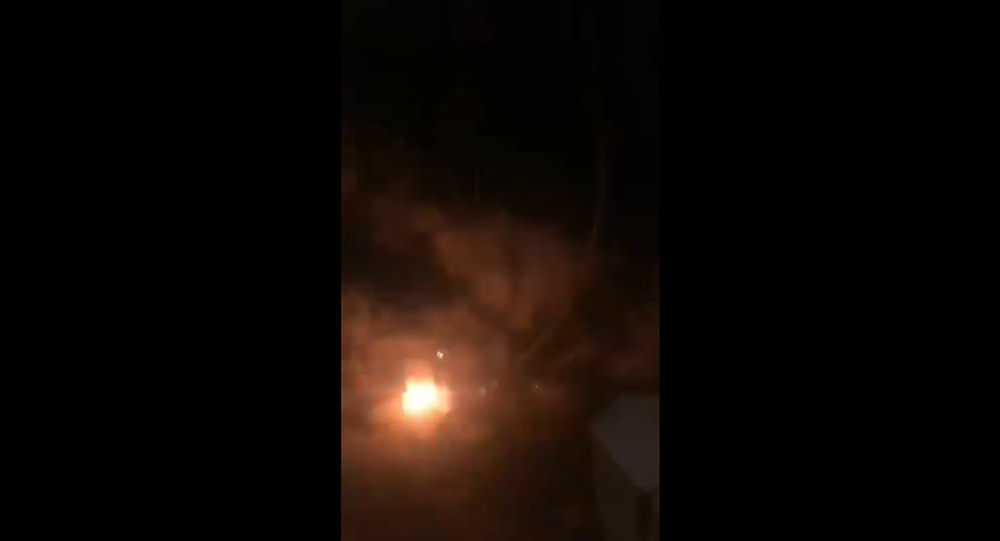 ​"Recently, IDF fighter jets and aircraft attacked other Hamas terrorist targets in the Gaza Strip. During the attack, a military compound of the Hamas terrorist organization was attacked, which included a site for the production of rocket weapons. The attack was carried out in response to rocket fire from the Gaza Strip into Israeli territory earlier tonight," the Israel Defense Forces (IDF) tweeted following the attacks.

The attacks against Gaza came after several rockets were fired toward the city of Sderot in the Southern District of Israel.

​At least four rockets were intercepted by the Iron Dome system; one rocket left an impact in Sderot, likely due to shrapnel. There were also reports of at least one injury in the city.

"Explosive balloons were launched from Gaza into Israel throughout the day. In response, our fighter jets just struck infrastructure belonging to Hamas in Gaza used to construct tunnels. We will continue operating as necessary against any attempt to harm Israeli civilians," the IDF said in a statement on the matter.

The IDF also said that Israeli air defenses had intercepted three rockets that had been launched from the Gaza Strip, and IDF tanks attacked Hamas posts in the Gaza Strip on Thursday local time.

​On Tuesday, an Egyptian envoy failed to prevent the escalation between Hamas and Israel.

Last Thursday, Israel also announced that it is limiting Gaza's fishing zone. It agreed last week to temporarily halt its annexation of parts of the West Bank to pursue full diplomatic recognition and relations with the United Arab Emirates.