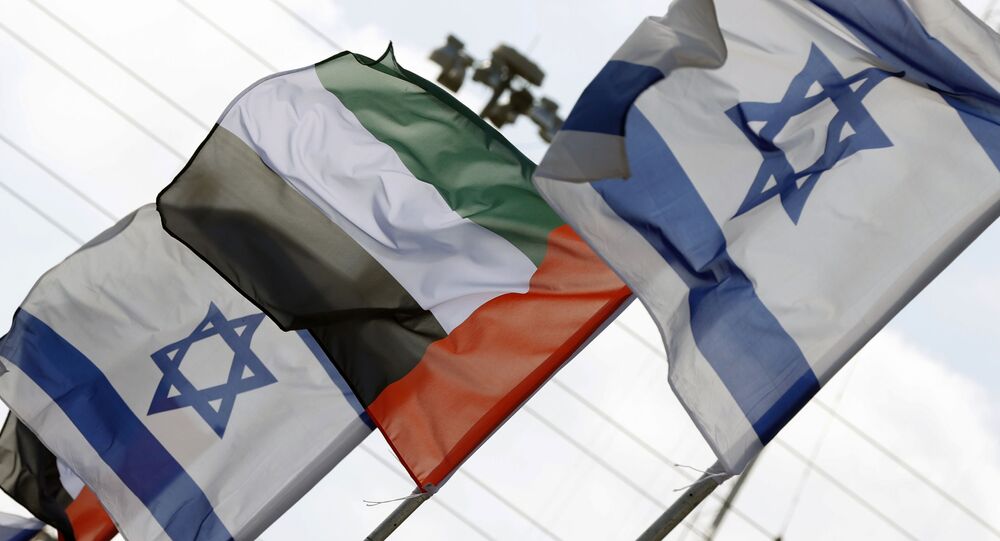 Last week, US President Donald Trump announced that a deal had been reached with the United Arab Emirates that would see Abu Dhabi start the process of normalising relations with Tel Aviv.

I sent a letter to Crown Prince @MohamedBinZayed and invited him to visit Jerusalem. I am hopeful that the agreement between our countries will help build and strengthen the trust between us and the peoples of the region, bring economic benefit and regional stability. pic.twitter.com/swz50lJUmT

This comes after a peace deal was reached between Israel and the UAE, with support from the US, on 13 August. The deal, which is expected to be signed at the White House within the next three weeks, means that Abu Dhabi is beginning the process of recognizing and normalizing relations with Tel Aviv. Under the accord, Israel has agreed to suspend its plans to annex parts of the West Bank. The UAE and Israel are also expected to mutually establish embassies.

As soon as the agreement is signed, the UAE will become the third Arab country after Egypt and Jordan to establish formal diplomatic relations with Israel since the country's founding in 1948.

© AFP 2020 / JACK GUEZ
The city hall in the Israeli coastal city of Tel Aviv is lit up in the colours of the United Arab Emirates national flag on August 13, 2020. - Israel and the UAE agreed to normalise relations in a landmark US-brokered deal, only the third such accord the Jewish state has struck with an Arab nation. The agreement, first announced by US President Donald Trump on Twitter, will see Israel halt its plan to annex large parts of the occupied West Bank, according to the UAE.

The Israeli-UAE deal has been received differently across the political scene: Iran called it a "huge mistake, a treacherous act"; while the Palestinian Authority rejected the deal, describing it as a "stab in the back" to their cause. Turkey also reacted negatively, threatening to cut ties with the UAE. Russia and China praised the deal for its proposed suspension of the West Bank annexation process. Egypt, Bahrain, Oman and the European Union welcomed the agreement too.