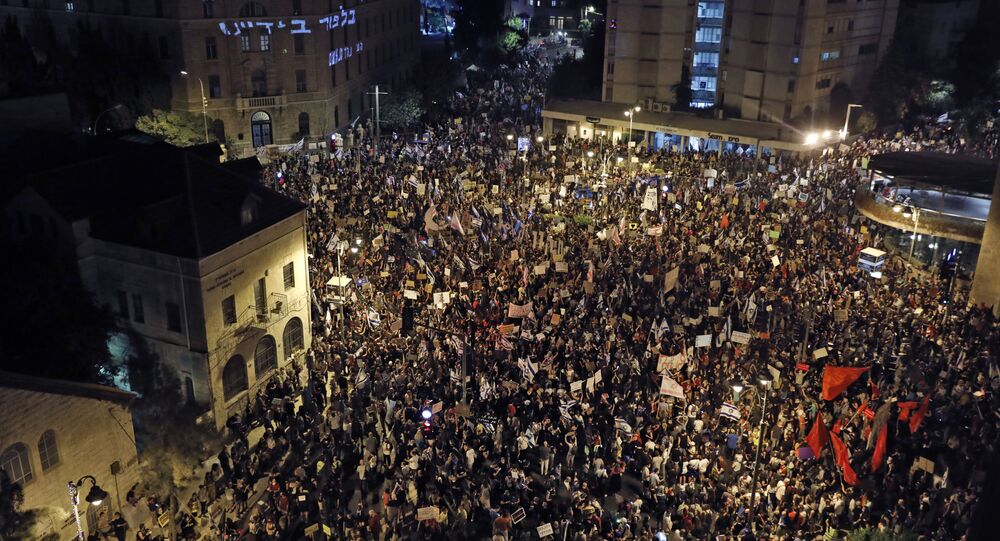 Last Saturday, about 10,000 people gathered outside the Prime Minister’s official residence, joining thousands of other demonstrators across the country.

Watch a live broadcast from Jerusalem where a new round of anti-government protests is being held outside Prime Minister Benjamin Netanyahu's official residence on Saturday.

Rallies against Netanyahu have been taking place across Israel for a few months already, with people taking to the streets to express their outrage over corruption charges previously indicted against the prime minister and also over the way his government has been handling the coronavirus pandemic and its economic consequences for the country.

Last week, about 10,000 people took part in the protests, and several demonstrators were arrested for "disturbing the peace", police said.