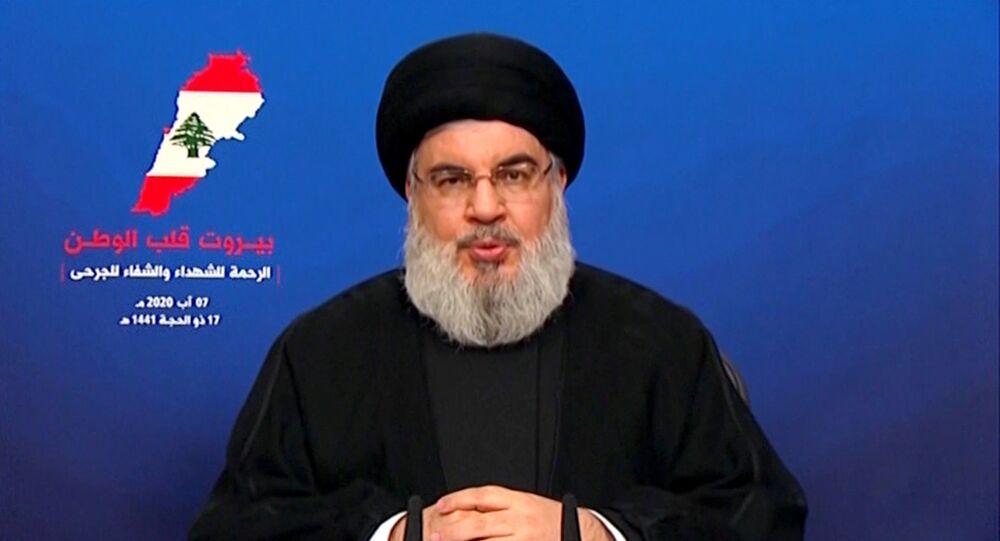 The peace agreement between the United Arab Emirates and Israel was brokered by the United States and announced on Thursday, envisaging a full normalization of relations between the two countries and the retreat of Tel Aviv from its plans to extend additional sovereignty over the West Bank.

Lebanon's Hezbollah leader, Hassan Nasrallah, has denounced the UAE-Israeli peace deal brokered by the United States as a move done out of political interest for US President Donald Trump's presidential campaign.

"The UAE decision is a favor to the Trump campaign and a personal favor to [Israeli Prime Minister Benjamin] Netanyahu," Nasrallah said.

Nasrallah noted that the deal was predictable and the timing was carefully arranged, which, according to him, "once again proves that some Arab organizations still serve the interests of the United States".

"We are not surprised by the actions of some rulers in the emirates, since these decisions are made in the framework of their usual policy, which they followed", the Hezbollah leader said.

Thursday's peace deal between the UAE and Israel was cast as a roadmap for a "normalization of relations", with Abu Dhabi establishing diplomatic ties with Tel Aviv in exchange for the latter walking back plans to extend additional sovereignty over parts of the West Bank.

Vehemently opposed by Palestinians, Turkey, Yemen and many other countries, the deal, dubbed the "Abraham Accord", was welcomed by Egypt, the United Kingdom, Austria, France and other nations. Some called it a step towards "calmness in the Middle East", while others condemned it as violation of the rights of the Palestinians.