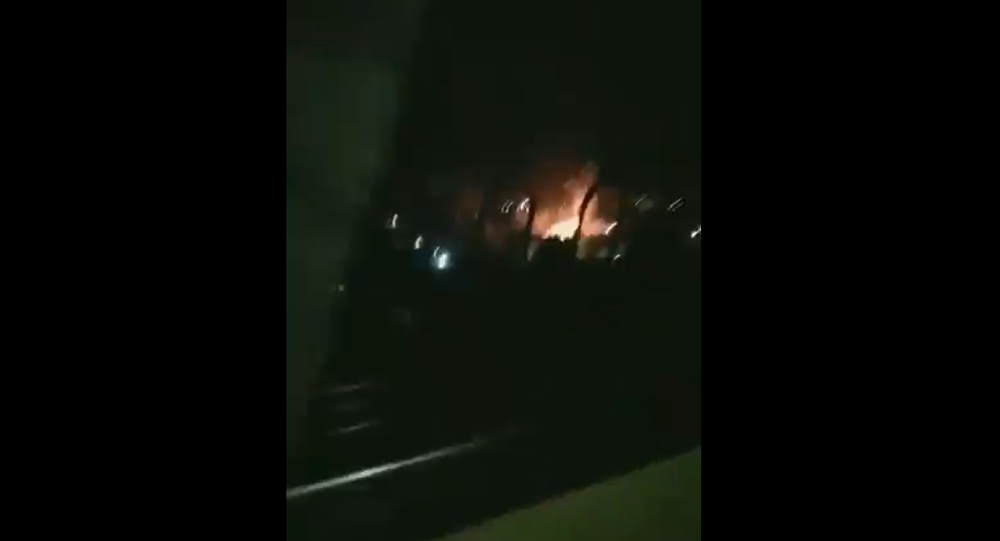 According to a statement by the Israel Defense Forces (IDF), "Fighter jets, combat helicopters and IDF tanks recently attacked a number of Hamas terrorist terrorist targets in the Gaza Strip."

"During the attack, a Hamas naval force compound, underground infrastructure and observation posts of the Hamas terrorist organization were attacked," the statement added.

"The attack was carried out in response to the blowing up of explosive and incendiary balloons from the Gaza Strip into Israeli territory over the past week. The IDF takes all terrorist activity against Israeli territory very seriously and will continue to act as much as necessary against attempts to harm Israeli citizens. The terrorist organization Hamas bears responsibility for what is happening in and out of the Gaza Strip, and will bear the consequences of terrorist acts against Israeli citizens," the statement continued.

​There are also reports of warplanes launching a raid on a target east of Deir al-Balah.

​According to the Al Quds newspaper, Israel on Thursday halted the entry of all kinds of fuel into the Gaza Strip until further notice.

Also on Thursday, Israel announced that it is limiting Gaza's fishing zone after balloon-borne explosives and incendiary devices were launched into Israel, causing at least 24 fires in the Hof Ashkelon and Eshkol regions on Wednesday, according to the Fire and Rescue Service’s southern division, the Times of Israel reported.

"This follows the continued launch of incendiary balloons from the Strip into Israeli territory," a Thursday statement by the Coordinator of Government Activities in the Territories read, Haaretz reported. "The decision was made in light of the repeated acts of terror from the Gaza Strip against Israeli civilians in recent days, which represent a violation of Israeli sovereignty."

Israel this week also announced it would shut down the Kerem Shalom border crossing due to the incendiary balloon launches from Palestine. Israel has used fishing zone restrictions in the past as punitive measures against Gaza.

15 Years On, Ex-Mossad and IDF Top Brass Still at Odds Over Decision to Disengage From Gaza