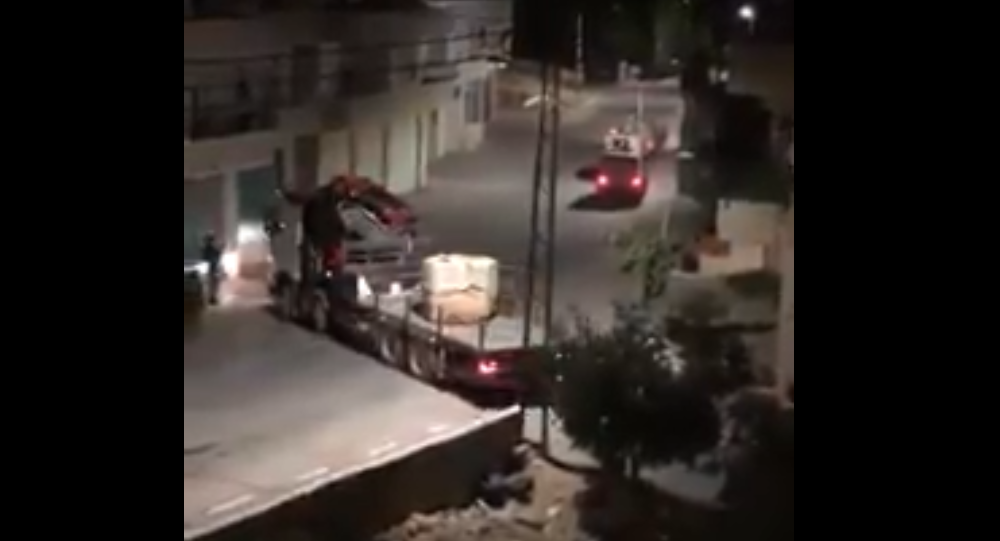 While Israel’s Coordinator of Government Activities in the Territories (COGAT) recently celebrated the return of a fifth-century baptismal font, Palestinian officials argue that Israeli forces “stole” the 1,500-year-old relic in an “abominable act of thuggery and cultural appropriation.”

“I welcome the return of the baptismal font, which is a cultural and historical treasure from the Byzantine period,” Hananya Hizmi, head of COGAT’s Antiquities Unit, said on Monday, as reported by the Jerusalem Post.

“The Civil Administration’s heavy investment of effort and resources in the search over recent years for this item has borne fruit. We will continue working tirelessly to preserve the sites and the archaeological relics throughout Judea and Samaria, and to prevent antiquities thieves from looting the history of the region.”

Citing a COGAT release, the Jerusalem Post claimed that the baptismal font was looted from the West Bank archaeological site of Tel Tekoa around 20 years ago. COGAT also received assistance from the Bethlehem District Coordination and Liaison Office and Etzion Regional Brigade in recovering the artifact.

However, the Palestine Liberation Organization (PLO) Department of Public Diplomacy and Policy offered a different account of the events that transpired late Sunday night and accused “Israeli occupation forces” of stealing the baptismal font from Bethlehem.

The department’s accusation was paired with a video showing the relic being openly transported on the back of a truck.

WATCH: Israeli occupation forces stole a historical baptismal font dating back to the 6th century from the city of Bethlehem last night. pic.twitter.com/zCRjk0V79f

The artifact in question, one of only three of its kind, dates back to the Byzantine period and was reportedly used as a water basin for baptisms, according to the Christian Daily Journal (CDJ).

Tuqu Mayor Tayseer Abu Mufreh provided more details of the alleged theft, which he said did not happen in Bethlehem, but in his neighboring town.

According to the Middle East North Africa Financial Network, Abu Mufreh recounted that Israeli forces stormed his home, detained members of his family and stole the font. The mayor clarified that the relic was being stored near his home while it awaited transfer to a museum.

“A hallmark of Israel’s system of colonial occupation and oppression has been its disdainful attempts to erase Palestinian presence, culture and heritage, including the illegal appropriation and theft of heritage sites and artifacts,” she said in a statement, as reported by the CDJ.

The PLO official also called on the United Nations Educational, Scientific and Cultural Organization and its Director-General Audrey Azoulay “to speak out and protect Palestinian heritage.”

Back On Track? After Years of Neglect, Israel's Ministry of Foreign Affairs is Making a Comeback