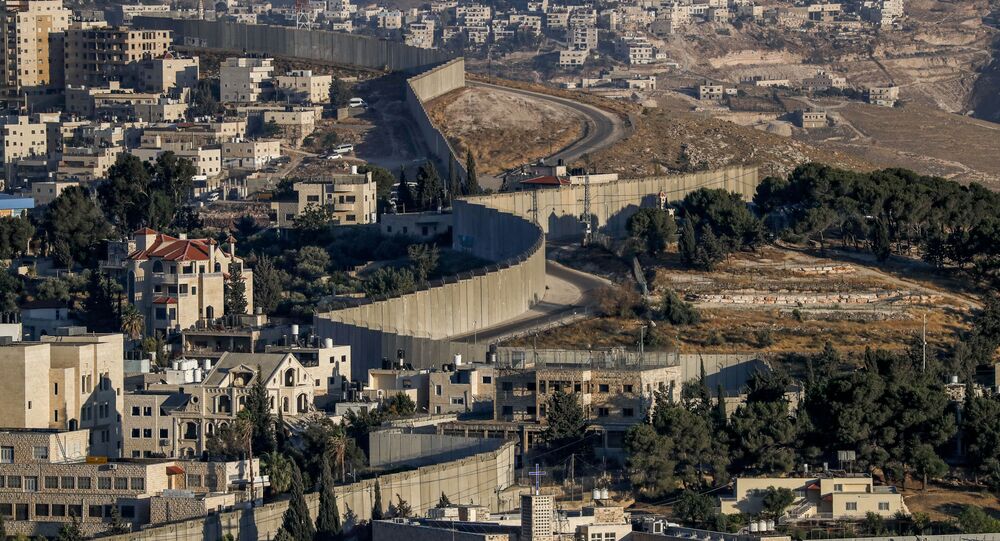 Over the course of years, Palestinians have declined a number of international and Israeli initiatives aimed at bringing the conflict with the Jewish state to an end, earning themselves a reputation of a people who never miss an opportunity to miss an opportunity.

Days before he needed to introduce his so-called "sovereignty bill" that presupposes the extension of Israeli law to parts of the West Bank, Prime Minister Benjamin Netanyahu called on the Palestinians to sit down for talks in an attempt to bring peace to the region.

Sending a pre-recorded video addressed to the group "Christians United with Israel", the prime minister said that his country was ready for negotiations and urged the Palestinians "not to waste another opportunity," alluding to US President Donald Trump's "deal of the century" peace initiative that presupposed the establishment of an independent Palestinian state in exchange for the disarmament of military groups, a land swap and the recognition of Israel's Jewish nature.

Palestinians have already rejected the peace deal, calling it biased and unfair, a move that resurrected the memory of a famous saying coined by one of the country's most celebrated diplomats, Abba Eban, who said that "Arabs never miss an opportunity to miss an opportunity".

Throughout the years, Palestinians have been given a number of offers aimed at putting an end to hostilities in the region.

The first such offer was given to them in 1947, when the UN General Assembly decided to partition Palestine, dividing the area that was under British control into more or less equal parts.

According to Resolution 181, Jews were said to be given the Negev Desert in the south of the country as well as areas lying on the shores of the Mediterranean. Palestinians were to receive what's now known as the West Bank, including the rich in resources Jordan Valley, in addition to the Gaza Strip and some clusters up north, next to the border with Lebanon.

While the Jews accepted that offer, the Arabs and other Palestinians did not, claiming ownership of the entirety of "Palestine" due to their overwhelming majority: they accounted for more than 1.3 million people in 1947.

But that was not their only rejection. Although in 1993, the Palestinians did embrace the Oslo Accords that established the Palestinian Authority, a move that was supposed to pave the way for the creation of an independent state, a series of suicide attacks carried out by Palestinian terrorists convinced many in Israel that they had no real partner for peace.

Similar feelings also filled the air in 2000, when then-prime minister Ehud Barak offered Palestinians an independent state on large chunks of the West Bank along with the Gaza Strip, a capital in East Jerusalem's outskirts and joint control of the Temple Mount, a holy site venerated by both Jews and Muslims.

That offer was never accepted by the Palestinians - albeit for a number of good reasons. Firstly, Barak didn't treat PA leader Yasser Arafat with respect, avoiding direct talks and refraining from engaging in a conversation during a dinner thrown in their honour, reportedly hurting his pride.

Secondly, territorial swaps were out of the question and so was the consideration of refugees who fled the country amid the 1948 war. Nor did Israel want to compensate those who had lost their property due to the hostilities.

And lastly, East Jerusalem was not offered to them in its entirety. What Palestinians were asked to accept was a capital in the village of Abu Dis and autonomy for a number of Arab neighbourhoods, while Israel maintained its control over the Temple Mount, albeit with limited supervision by the PA.

Another attempt to end the conflict was extended to the Palestinians in 2005, when then-prime minister Ariel Sharon withdrew Israel's forces from the Gaza Strip and put an end to the Jewish presence in the area, getting in return a barrage of rockets. Their number only increased following the subsequent Hamas takeover of the enclave in 2007.

2008 didn't deliver much optimism either, as despite the fact that then-prime minister Ehud Olmert extended an "unprecedented offer" that presupposed Israel giving up on the majority of the West Bank, territorial swaps, international status of Jerusalem and the admission of 5,000 Palestinian refugees over the course of five years, that deal was rejected by the PA too.

The official reason for that was the Palestinian belief that the Israelis, who asked for some 6.3 percent of the West Bank, went way too far.

The unofficial reason, however, was way more complex. Talking to one of the leading Israeli news websites, Walla, Olmert admitted in 2013 that although he never understood the sense behind Abbas' reluctance to strike a deal, he did realise it was connected to the Palestinian leader's fears.

"Initially, they claimed they were afraid to go ahead with the move because they felt I was dead politically," said Olmert, referring to his graft probes and corruption charges that cast a cloud above his career.  "Then they thought that maybe after the presidential elections in the US, they will be able to get a better deal...and finally there were a number of Israeli politicians who tried to convince Abu Mazen [Mahmoud Abbas - ed.] not to engage in the initiative."

And he never did, whereas the eruption of Operation Cast Lead in 2008, that was aimed at stopping the indiscriminate rocket fire emanating from Gaza, and that in the process of doing so claimed the lives of more than 1,400 Palestinians, brought that peace process to a standstill from which it has never been able to recover.

So did the victory of Netanyahu, who assumed office in 2009. Although in his famous speech given at Bar Ilan University that same year the prime minister indicated that he would be moving in the direction of a two-state solution, Palestinians had zero hope that the Israeli head of state would stick to his word.

Their scepticism prevailed even when Netanyahu's government introduced a series of steps that aimed at convincing the Palestinians to sit down for talks that might have ended the conflict.

These included the easing of restrictions on movement and a freeze of Jewish settlement activity in the West Bank. But when that didn't help bringing the Palestinians closer, Netanyahu resumed Israel's expansion in the area, making the already bleak prospects for peace even more remote.