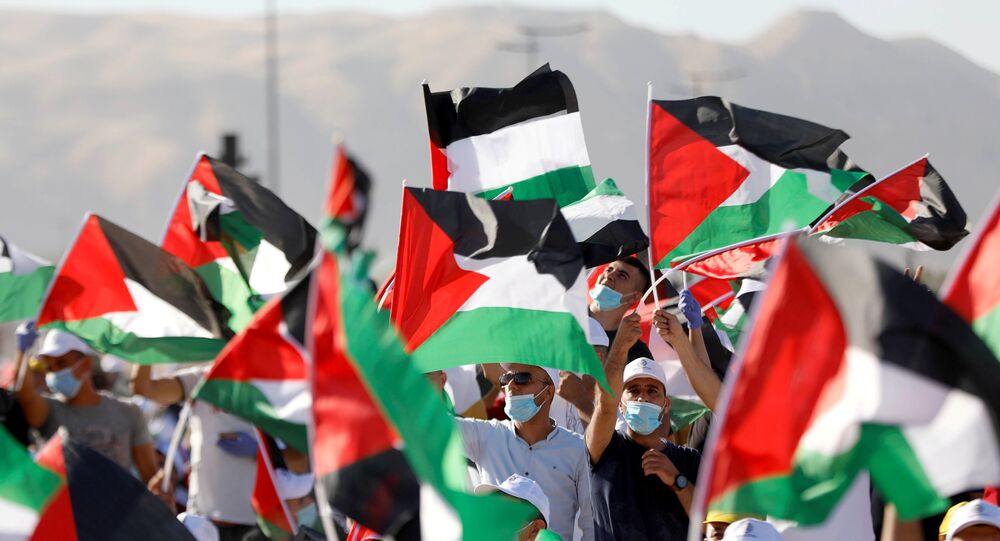 The 150-person Belgian Chamber of Representatives is slated to vote on Thursday regarding whether the country will “formally recognize the State of Palestine.”

The resolution, authored by Socialist MP Malik Ban Achour, calls for the federal government “to formally recognize the State of Palestine alongside the State of Israel and to consider this recognition as a contribution by Belgium to the solution based on the coexistence of two democratic and independent states having the right to live in peace and security with mutually recognized, accepted and respected borders,” according to the European Jewish Press.

‘’The Israeli annexation plans are worrying. So we need to change our strategy and contribute to the two-state solution,” Achour detailed, the Press reported.

The legislation was first presented by the Socialist Party and received backing from left-wing parties before it was adopted by the Chamber’s Foreign Affairs Committee earlier this month.

The Jerusalem Post reported that the lower chamber of parliament is also expected to vote on whether it should call on the EU to sanction Israel “in order to provide a proportionate response to any Israeli annexation of occupied Palestinian territories.”

Sweden is the only EU member nation to recognize Palestine as a state. While Swedish lawmakers approved legislation regarding the recognition in October 2014, a similar proposal drafted in December 2014 by Belgium has remained on the backburner.

The Belgian Foreign Ministry clarified its position on the matter in November 2018 - after the federal government upgraded the status of the Palestine Liberation Organization mission in its country.

“Belgium has not changed its position regarding Palestine: a Palestinian state, within borders negotiated on the basis of those of 1967, with Jerusalem as capital of two states, is part of the parameters agreed already long ago by the international community as outcome of the peace process in the framework of the two-state solution which Belgium calls for,” the ministry told the Jerusalem Post at the time.

According to numerous subsequent United Nations resolutions, Israel’s seizure of land from Egypt, Jordan and Syria in the 1967 “Six-Day War” was illegal under international law. Before the war, Israel’s borders were those resolved at the end of its War of Independence in 1949, of which the UN approved.

The EU states of Spain, Ireland and Luxembourg are also considering the matter, particularly in the event of the possible Israeli annexation of parts of Palestinian lands.

The Times of Israel reported on June 10 that German Foreign Minister Heiko Maas issued a warning to Israeli leaders during his recent trip to Jerusalem. The minister reportedly told officials that countries other than Germany may impose sanctions on Israel or recognize a Palestinian state in the event of Israel’s progress with annexation.

Gideon Meir, Israel's former ambassador to Italy, told Sputnik in December 2019 that even the entire EU’s recognition of a Palestinian state would do little to move the needle.

"Unilateral recognition won't solve anything. Quite the opposite is true: it will make the Palestinians even more irrelevant in the eyes of the Israelis,” he said, noting that the Palestinians would have to negotiate directly with Israel.

"So far, they missed every opportunity to do so in the past,” Meir claimed.

At the same time, Israel’s right-wing government is also to blame for the conflict, as it has put hardly any focus on achieving peace, according to the former ambassador.

"As a strong country, we should be the ones initiating and pushing for the talks, because there is a people there that's seeking self-determination," he said.

Cracks in Coalition: Will Israel Be Heading to Polls Again?