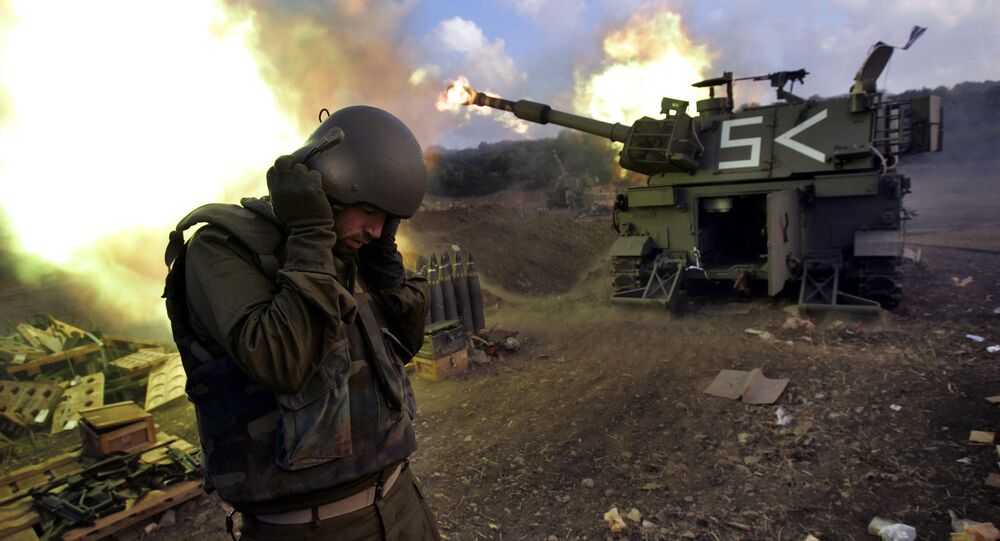 'Out of Lebanon's Mud': Israel's Pullout Was Move in Right Direction, Ex-Parliamentarian Believes

It has been 20 years since the last Israeli soldier left Lebanon, ending 18 years of hostilities that kicked off in June 1982 in a bid to curb the threat of the Palestine Liberation Organisation (PLO), which launched attacks against the Jewish state from Lebanese soil.

For many, Israel's decision to leave Lebanon was a move in the right direction. Yossi Beilin, who in 2000 served as minister of justice, was one of the most vocal voices in Israeli politics who advocated for the troop withdrawal.

"We found ourselves mired in the Lebanese mud for no apparent reason. [Former Defence Minister] Ariel Sharon believed our enemies understood only force so he found a reason to start a war [a failed assassination attempt of Israel's ambassador to London – ed.]", he said, adding that the price that the Jewish state paid for remaining in Lebanon "had no justification".

Heavy Losses and No End in Sight

During the three years of savage battles, Israel lost more than 1,200 soldiers. Over a thousand were killed after the two sides reached a ceasefire  in 1985, with Israel establishing a security zone in the south of Lebanon in order to contain the advance of the PLO and its allies - the Iran-backed Hezbollah and Syrian forces - towards the Israeli border. According to estimates, the war has also claimed the lives of 19,000 Lebanese and Palestinians, many of whom were civilians.

But the war also meant a heavy economic burden. Controlling some 10 percent of Lebanon's territory, Israel pumped millions of dollars into the maintenance of the security zone and Beilin feared that a continual Israeli presence in the area might also lead to "an establishment of settlements [which will also involve heavy spending]", just as was the case with territories captured from Syria, Jordan, and Egypt in the 1967 War.

Indeed, in 1982, after getting the blessing of then-Defence Minister Ariel Sharon, three Jewish families established a settlement in southern Lebanon, but it was quickly dismantled after getting a green light from Israel's then-Prime Minister Menachem Begin.

Yet, during their short presence there, the families enjoyed round-the-clock protection from the IDF, which also needed to secure them – as well as Israel's northern towns and cities – from the rising challenge of Hezbollah.

With what started off as a rejected insurgent organisation that acted against the will of the central Lebanese government, the Shiite militia quickly transformed into a legitimate resistance movement of the Lebanese people that went to fight Israel's occupation.

With time, the concept of Israel's occupation of Lebanon – which stirred an uproar in the international community – also started dripping into the mind-set of Israelis, who became disappointed with the battle against the terrorists that had only reared their head.

But the general public also became disillusioned with the conduct of the IDF, which failed to protect its own soldiers. In 1997, two Israeli choppers crashed on their way to Lebanon, killing 73 soldiers and sending waves of shock among the Israeli public and widening the abyss between the country's two major camps. The first rejected any presence in Lebanon, while the second – associated mainly with the country's right-wing circles – pushed for the Jewish state's continued control over the Lebanese territories.

A Crack in Israel's Unity

Israel's defence apparatus also belonged to the second camp. Fearing that a unilateral withdrawal might bolster Hezbollah, it wanted to avoid a situation where a pullout of troops was interpreted as a sign of weakness. Instead, in exchange for a pullout, they pushed for a peace agreement with Syria that had also been deeply involved in the fighting in Lebanon.

In a way, they were right. Although Israel's northern border has been quiet for years, with only occasional escalations, the Shiite militia did cement its presence in Lebanon, becoming one of the strongest military forces of the region, boasting an array of advanced weapons and a network of attack tunnels designed to kidnap and murder Israelis.

Over the years, Hezbollah's actions have become bolder and in 2006, after operatives of the Shiite militia killed and kidnapped the bodies of two IDF reservists, Israel went to a war again, killing nearly 1,200 Lebanese, including 270 Hezbollah fighters, displacing a million people, and causing damage worth billions of US dollars.

For Beilin, however, staying in Lebanon to prevent another war was not an option.

"Initially, I was also supportive of a peace deal with Syria [in exchange for our pullout], but when talks [mediated by former US President Bill Clinton] failed, we realised that [then] Prime Pinister Ehud Barak had only two options: to stay in the mud of Lebanon or to withdraw our troops. He chose the last option and it was the right decision to take", he said over the phone.

The problem was that in the process of doing so, the IDF, which left behind piles of equipment, also brought about the demise of the South Lebanon Army, an alliance of various minorities, predominately Christians, who had allied themselves with Israel in a bid to "free Lebanon" from the presence of Hezbollah.

© AP Photo / Ariel Schalit
20 Years On, Daughter of Slain SLA Officer Views Israel's Pullout From Lebanon as 'Betrayal'
As the Israeli withdrawal swiftly progressed, 7,000 SLA operatives and their families made their way to the Israel-Lebanon border urging the Israeli authorities to let them in an attempt to avoid being captured and executed by the Shiite militia, calls that were eventually answered. Yet, for many, Israel's abrupt decision to leave Lebanon was considered a betrayal.

For Beilin, on the other hand, the decision was in line with Israel's national interests. "We might know how to start wars but we don't know how to end them. Many wanted to get out of Lebanon but didn’t know how to do it. Others didn’t have the courage to do so, fearing that a botched withdrawal might cost them dearly. But 20 years down the line, I can tell you that Israel had no other option".