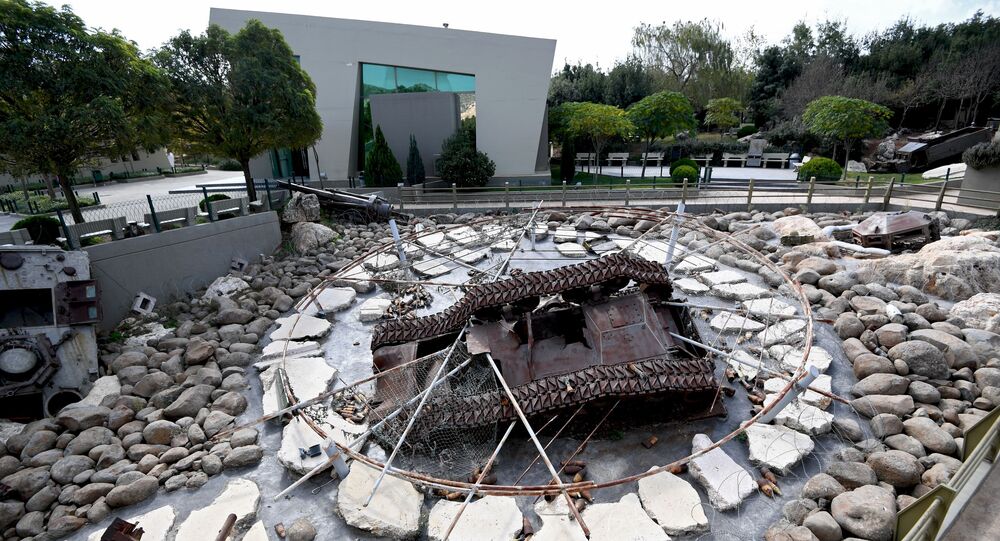 BEIRUT (Sputnik) - Lebanon's Hezbollah movement does not seek war with Israel but is preparing for any scenario, Sayyed Hashem Safieddine, the head of the movement's executive council, said in an interview with Al Mayadeen broadcaster on Wednesday ahead of the 20th anniversary of the Israeli troops' withdrawal from Lebanon.

"Israel is confused, as it does not find solutions to issues related to the war ... This is understandable to everyone, but we do not strive for war and never sought it," Safieddine said, adding that in any circumstances, the movement will continue to carry out its tasks and prepare for any future scenario.

Speaking on the border dispute between Lebanon and Israel, and the rights to gas and oil fields in contested maritime territories, Safieddine insisted that Lebanon should receive its benefits from oil and gas, and any pressure from foreign countries on Beirut aimed at depriving Lebanon of those rights must be eliminated.

"Any territorial distinction between occupied Palestine and Lebanon must take into account the rights and dignity of Lebanon," Safieddine added.

The Iran-backed movement, which emerged as a ragtag guerrilla group in the 1980s, drove the Israeli troops out from southern Lebanon in May 2000. However, Israel has since repeatedly attacked Hezbollah's positions and high-ranking officials in Syria, including high-profile offensives on its leaders, Imad Mughniyeh in 2008 and Samir Kantara in 2015. Most recently, in April, Lebanon accused Israel of launching a drone airstrike on a car, reportedly belonging to the Lebanese Hezbollah political party, near the Jdaidit Yabws checkpoint on the Syrian-Lebanese border.

The withdrawal of the Israeli troops from Lebanon in 2000 in accordance with UN Security Council Resolutions 425 and 426 created a problem over the exact location of the border, including the maritime delineation of about 860 square kilometres (330 square miles) of the sea containing enormous oil and gas reserves.