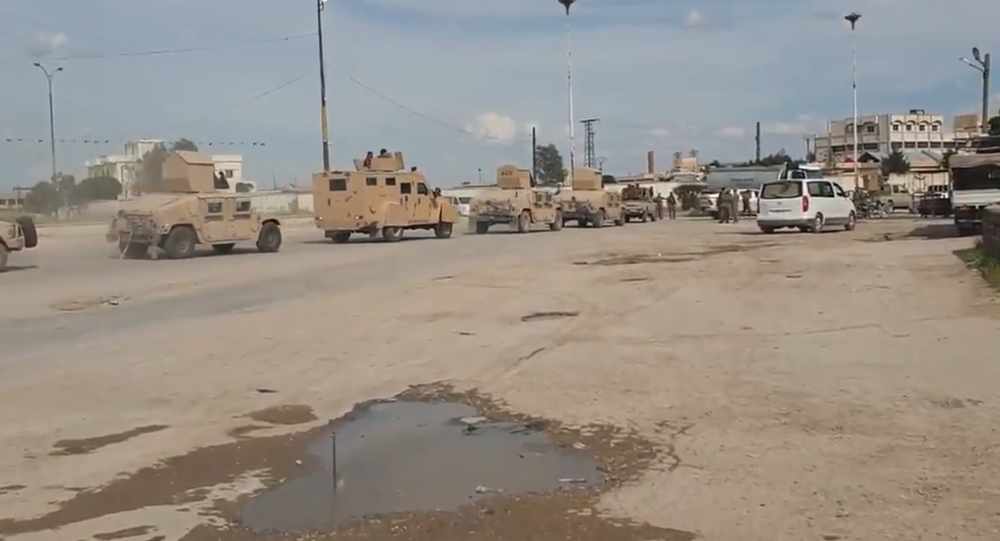 The incident follows a similar uprising at the prison in late March which allowed four members of the terrorist group to escape the facility and flee before being captured and brought back by local police.

Yet to be authenticated footage from the scene shows SDF troops being deployed along the prison’s perimeter in Humvees and pickup trucks armed with machineguns, with US attack helicopters seen circling overhead.

SDF sends military reinforcements to the al-Sina'a prison in Hasakah to contain the ISIS insurrection inside the prison.

An intensive flight of international coalition aircraft over al-Ghuwairan prison in the city of Hasaka, in northeastern Syria, as a result of the insubordination of ISIS militants in the prison since this afternoon.#ISIS#Syria pic.twitter.com/zSYGLNB64p

Unconfirmed reports suggest the revolt may have been put down following negotiations between SDF and coalition forces and Daesh detainees.

The new bout of rioting follows an uprising which took place at the same prison on March 30, which saw militants taking partial control of the facility, with several managing to escape, before SDF special forces and US-backed coalition troops stormed the prison to restore order.

How interesting. It’s just a translation, but the SDF says another revolt in the prison in Hasakah “ended with joint negotiations between representatives of our forces and international coalition forces on one side, and ISIS detainees on the other hand.” https://t.co/7ZFwOS1MP5

The al-Sinaa prison contains Daesh fighters of various nationalities, and is run by the SDF under the supervision of US occupation forces, holding part of the estimated 10,000 ex-Daesh fighters that the SDF has in its custody. 20 percent of these 10,000 prisoners are said to consist of foreigners whose home countries have refused to repatriate them.

The United States continues to maintain an occupying presence throughout much of oil-rich northeastern Syria despite repeated demands by the Damascus government that they leave the territory, in accordance with the principles of international law.