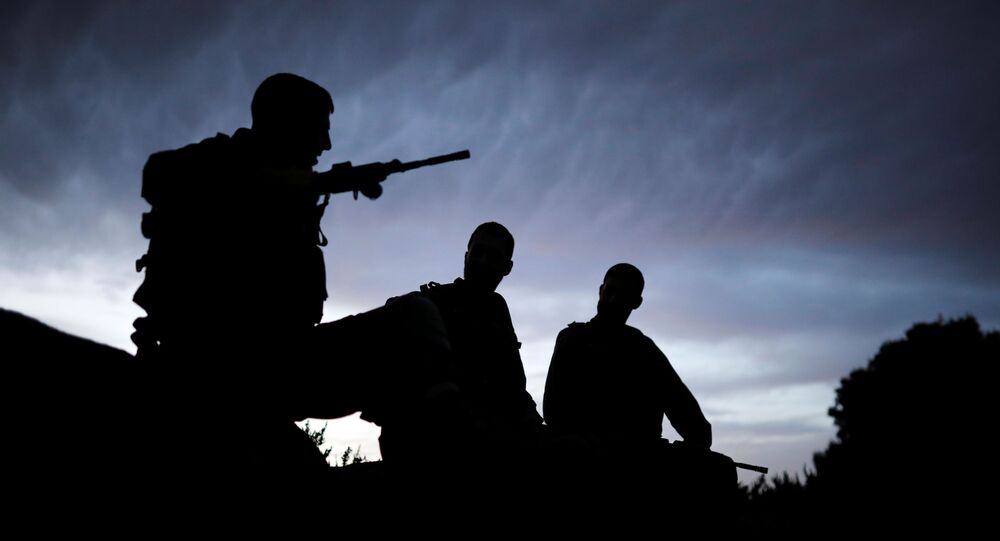 Remembering Its Fallen, Israel Celebrates 72 Years Since Dramatic Decision That Shaped Its History

Israel's founding father David Ben-Gurion knew the high price his people would pay for declaring independence as soon as the last British soldier left Palestinian soil, says an Israeli historian. But he was determined to go ahead with the plan, convinced that it was the Jewish people's only chance to prevent another Holocaust from happening.

Israel will celebrate the 72nd anniversary of its creation, starting on Tuesday evening. But first, in accordance with tradition, the Jewish state will remember its fallen, those who have died protecting the country and those who have been murdered by terrorists.

So far, Israel's multiple wars have claimed the lives of 23,816 Israeli soldiers and citizens. But the highest number was registered in 1948, during the nation's War of Independence, when Israel lost more than 4,400 soldiers and over two thousand civilians. On the Arab side, 15,000 or so Palestinians were killed during the Arab-Israeli conflict between 1947 and 1949, when an estimated 750,000 or more Palestinians were ejected from Israel or fled from a total local Arab population of nearly two million.

Back then, on 14 May, 1948, Israel declared its independence from the British rule that ended its mandate over Palestine. A day later, the newly- established state was attacked from all fronts as Egyptian, Syrian, Lebanese, Iraqi and Jordanian forces moved swiftly into Israel's territory. The goal was simple: to destroy the Jewish state.

Prof. Yossi Goldstein, one of Israel's most renowned historians, who specializes in the history of the State of Israel and who has written multiple books, including the biography of the nation's founder David Ben-Gurion, says the leader realized the repercussions his declaration would cause but he chose to go ahead with the plan against all odds.

Two days before the dramatic announcement, Ben-Gurion asked his 13 ministers to arrive at his office in Tel Aviv for an urgent meeting. Due to constraints, only 10 were able to make it.

At the meeting, Ben-Gurion told them about his intention to declare independence. For the decision to pass, he needed more than half of his ministers to vote in favour of the move. But half of them were dragging their feet.

No Chances of Winning

The primary reason for this, says Goldstein, was the Jewish population's lack of ammunition.

"Back then Jews of Palestine had only had 30 thousand soldiers and 7,500 rifles, and that meant that four Jewish soldiers were competing to have one rifle, an improbable scenario if you want to win a war".

And the war was a definite scenario. Golda Meir, the woman who would become Israel's first (and for the time being only) prime minister but who was at the time heading the Jewish Agency's political department, warned Ben Gurion that the establishment of a state would be equivalent to declaring a war on the Arab neighbours.

Five days before the meeting in Tel Aviv, Meir met with then-monarch of Transjordan, King Abdallah I, in an attempt to convince him not to join the military campaign against Israel. She failed.

"Abdallah told her that if Ben-Gurion dared to go ahead with the move, the Arab armies would need up to eleven days to conquer Israel, and Meir made sure to pass this message across," says Goldstein.

But Ben-Gurion was determined. Driven by ideology and the memory of the Holocaust that claimed the lives of six million Jews, he was convinced that the mass murder of the Jewish people wouldn't have happened if they had their own ethno-state.

The US, which had been watching the developments closely, was trying to talk him out of the plan, asking him to give them three months to convince some Arab leaders to recognize Israel and accept the United Nations' partition plan that split Palestine between the Jews and the Arabs. Their efforts fell on deaf ears.

Determined to Have a State

"Ben-Gurion knew the American efforts [to get Arab recognition - ed.] were pointless. He knew that three months down the line nothing would change. That's why he wanted to squeeze that opportunity as the last British soldier left the Palestinian soil and declare independence."

It took Ben-Gurion 17 hours of persuasion but eventually one minister out of five that originally objected decided to back the leader and vote in favour of declaring an independent state.

"Out of all the decisions that Israel has ever made this one was the most important and the most dramatic. Due to this war, Israel lost one percent of its 600 thousand Jewish population, but in retrospect Ben-Gurion was right by taking that decision. He was a problematic politician and maybe even an evil person but he was right. Israel wouldn't exist without him," sums up the historian.