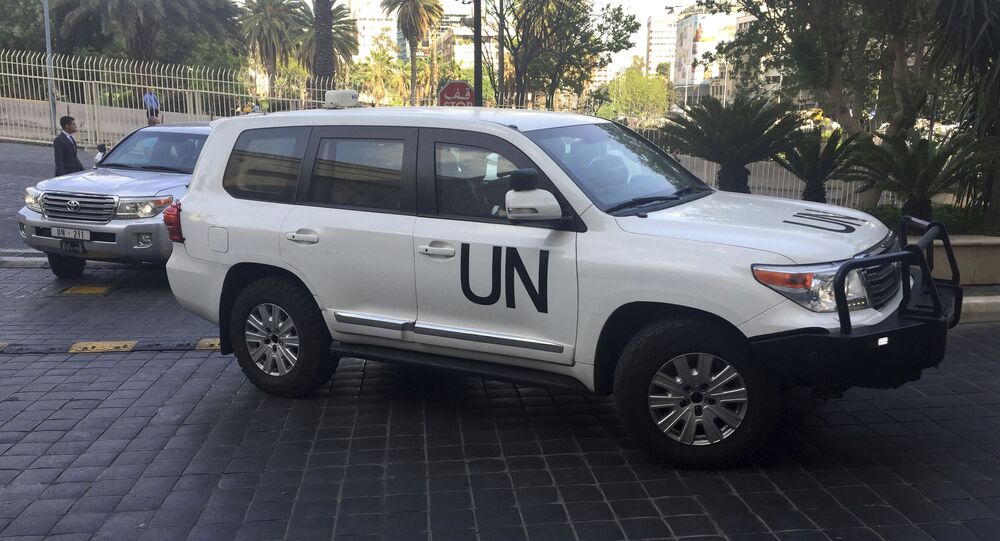 MOSCOW (Sputnik) - The Organisation for the Prohibition of Chemical Weapons (OPCW) has sacrificed its reputation to serve the West's geopolitical ambition in Syria, the Russian Foreign Ministry said on Wednesday.

"The OPCW reputation as an authoritative expert body in the field of chemical disarmament has actually been sacrificed to the Middle East geopolitical ambitions of a small group of countries", the Russian ministry said in a statement.

It argued that the investigative body had been set up in violation of the Chemical Weapons Convention. Only the UN Security Council has the right to apportion blame for chemical attacks.

"[The] activity of this quasi-prosecutor structure, which is dominated by representatives of Western countries, encroaches on the exclusive powers of the UN Security Council and is aimed at the solution of odious political tasks to discredit legally elected authorities of Syria", it said.

Russia sees the decisions to create the investigative team and fund it with money from the OPCW's regular budget as illegitimate, the ministry said. It refuses to cooperate with the investigators or finance their activities.

The OPCW published the first report of its newly created investigation and identification team two weeks ago, blaming the 2017 chemical attacks in the Syrian town of Al Lataminah on the country's government, which denied ever using chemical weapons.