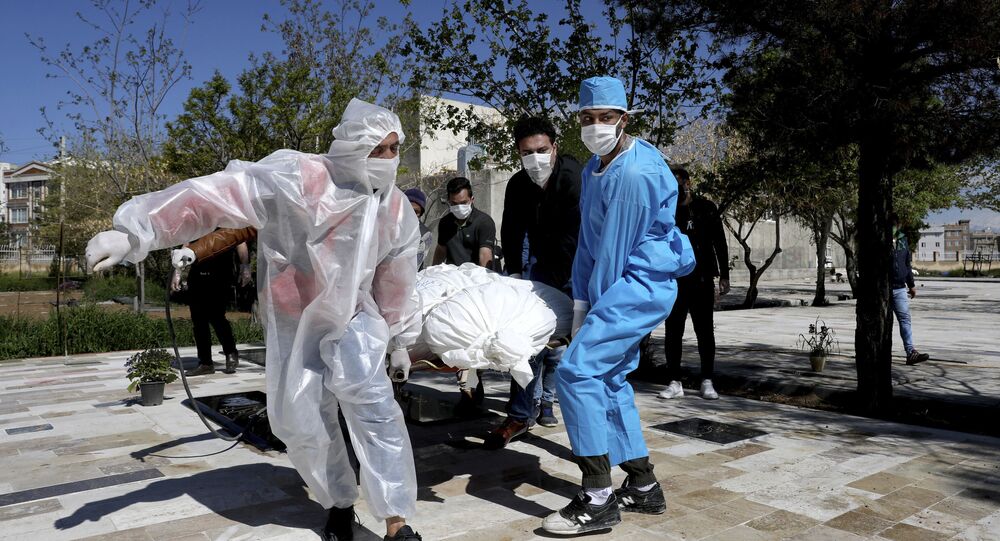 The Middle Eastern country recently surpassed China in the number of infected, confirming almost 86,000 cases, which puts the Islamic Republic at eighth place in the world.

There have been 5,391 coronavirus-linked fatalities in Iran, the Health Ministry announced on Wednesday. According to the ministry's spokesman, Kianush Jahanpur, there were 94 new fatalities over the past 24 hours.

Tehran previously cited the sanctions imposed by Washington as one of the main obstacles hindering its response to the pandemic by suppressing the nation's economy and preventing the import of essential medical goods.

Iran has been one of the main centres of the outbreak in the Middle East, but the country has been surpassed by Turkey, where over 95,500 cases have been confirmed. At the same time, the death toll remains relatively high, as the Islamic Republic comes seventh after the United States, Spain, Italy, France, the United Kingdom, and Belgium.