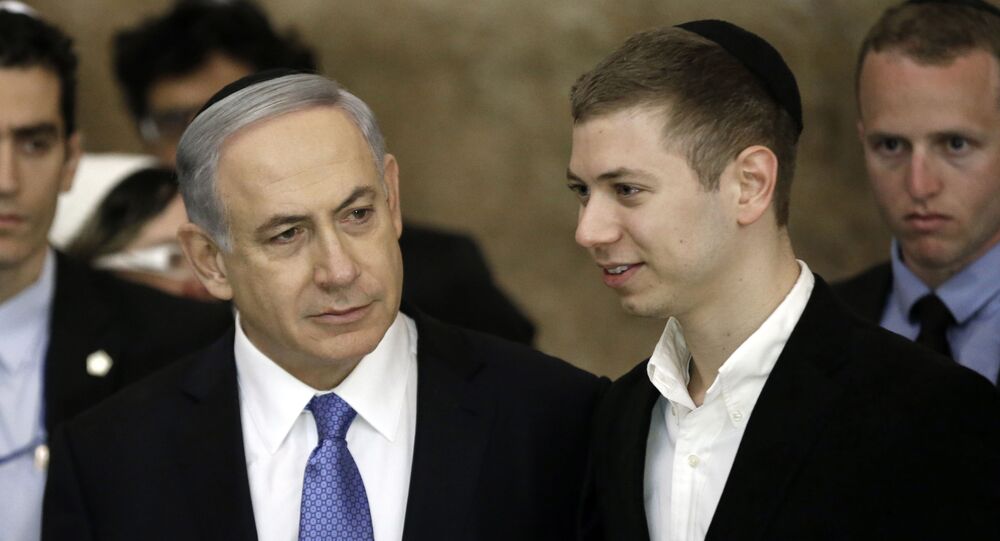 The prime minister's son's remarks were shot down by both the leader of the left-wing Meretz party and by Benjamin Netanyahu himself.

Yair Netanyahu, son of Israeli Prime Minister Benjamin Netanyahu, has apparently landed himself in hot water after using some rather harsh words toward "left-wing Israelis", The Times of Israel reports.

According to the newspaper, Yair was commenting on a rally in Tel Aviv that was held on 16 April and was attended by about 2,000 people who "protested what they described as the erosion of Israeli democracy under Benjamin Netanyahu’s stewardship of the coronavirus crisis".

"I hope the elderly who die following this protest will only be from your camp," Yair reportedly wrote in a since-deleted tweet, apparently responding to a post by Nitzan Horowitz, leader of Israel's left-wing Meretz Party, who tweeted a picture of himself wearing a mask at the rally.

​The prime minister's son also argued that the protest in question was allegedly the kind of mass gathering that might contribute to the spread of the coronavirus.

"So statistically, there is a good chance that the left-wing protesters tonight caused the future deaths of elderly people. I prefer them not to be ours,” he reportedly stated.

As the newspaper points out, however, protests are "one of the few public activities allowed under Israel’s strict lockdown rules meant to stem the spread of the virus", and that both left- and right-wing demonstrators held rallied on a regular basis.

Yair's remarks have evoked a barrage of criticism from Israeli politicians, apparently including the prime minister himself, with a statement issued by his office saying he “roundly rejects the remarks.”

"There are no [political] camps in the struggle against the coronavirus, and there shouldn’t be," the Prime Minister’s Office said.

"The incitement and wishes of death upon people from the rival political camp are sickening and just emphasize the importance of our struggle against corruption and for democracy to be strengthened," he stated.

The newspaper also notes that the participants of the 16 April rally said they maintained a two-meter distance from one another during the event, as per the social distancing rules.