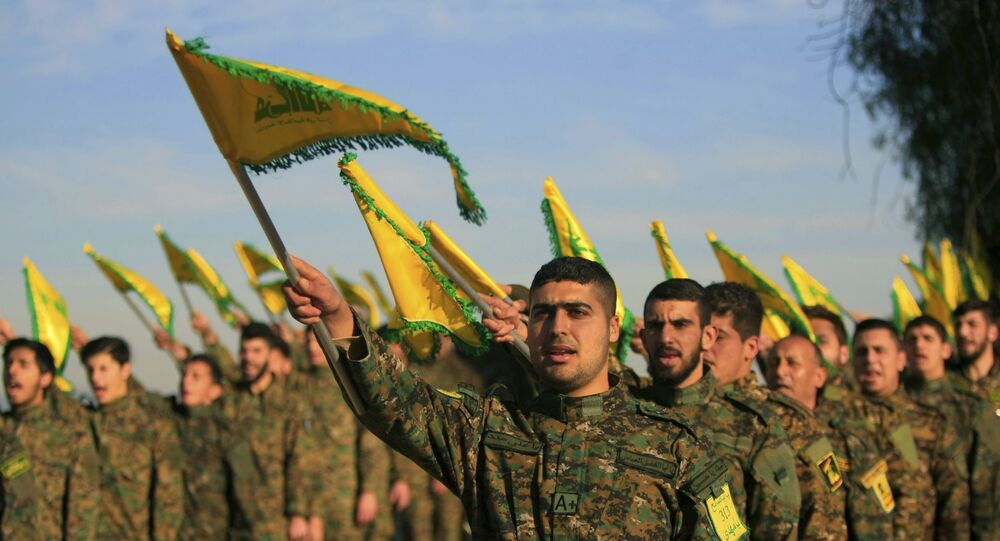 Islamic Revolutionary Guard Corps' Quds Force head Qasem Soleimani was killed on 3 January, when the US military conducted a drone airstrike on Baghdad International Airport that had been authorised by President Donald Trump “aimed at deterring future Iranian attack plans”.

According to reports, his body was found by the side of a road with stab and gunshot wounds between the towns of Qaqiyat al-Jisr and Zutar al-Gharbiya to the south of Nabatiyeh.

The reports also mention that Younis was a close associate of Qasem Soleimani, commander of Iran’s Quds Force who was killed in a US airstrike in January.

A video that has recently appeared on Twitter shows a minaret announcing Younis's death in southern Lebanon.

On 3 January, a US drone strike authorised by President Trump killed Soleimani and Shia militia commander Abu Mahdi Muhandis who both were in a car at the Baghdad International Airport.

© Photo : Twitter / @Goorkan3
Iran Says ‘Will Continue to Respond’ to Soleimani’s Killing as Iraqi Militia Rockets Rain Down on US Bases
Washington claimed that both targets were involved in an attack on the US Embassy in Baghdad in late December.

As Soleimani’s assassination led to a major escalation of tensions between Tehran and Washington, Iran responded by launching airstrikes against two Iraqi military bases housing US troops.

Though the strikes caused no deaths or serious injuries, the Pentagon later reported that at least 109 US service members had been diagnosed with traumatic brain injuries.