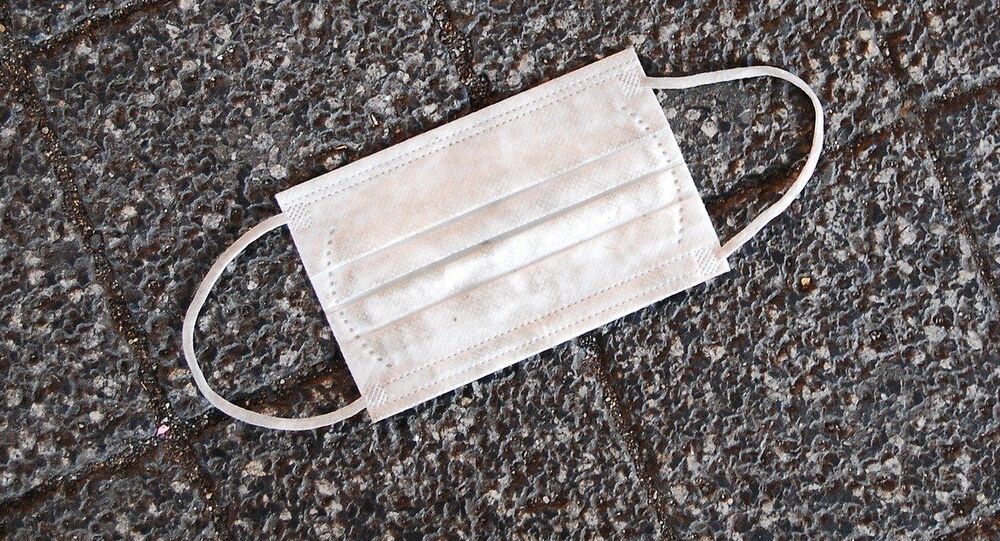 Efforts to mediate the crisis in Yemen, which marked its fifth anniversary last week, have been complicated by repeated back-and-forth strikes by the Saudi-led military coalition and Yemen’s Houthi rebels.

Houthi Information Minister Dhaifullah Al-Shami has urged civilians not to use facemasks and any other medical equipment dropped from Saudi-coalition aircraft in recent days, claiming that they may be contaminated with the coronavirus, Almasirah, a Yemeni television channel has reported.

Al-Shami voiced his “surprise” at seeing coalition aircraft dropping facemasks in Sana’a and other provinces, given that “US-Saudi aggression had caused the worst humanitarian catastrophe” in his country. According to the minister, there were no confirmed cases of COVID-19 in Yemen. Al-Shami urged media and activists to spread the word about the alleged danger posed by the air-dropped masks.

Other officials in Houthi-controlled areas of Yemen have issued similar warnings in recent days, with official warnings not to make contact with the infected masks distributed by local councils.

Official declaration from the head of the local council in Sanaa Yemen warning citizens against making contact with COVID-19 infected masks that were supposedly dropped by Saudi Airplanes.

Al-Shami accused the Saudi-led coalition of targeting a COVID-19 quarantine building in the village of al-Salif in al-Hudaydah governorate west of Sana’a. On Monday, Reuters reported that the coalition had hit targets in multiple towns in the coastal province, in addition to attacks targeting missile batteries, the presidential palace compound, airbase and military school near Sana’a airport. The Houthis reported that the latter attack killed 70 horses and wounded 30 others.

The Almasirah outlet compared the allegations of the use of COVID-19 contaminated masks to the British genocide of Native Americans in the 1760s using smallpox-contaminated blankets.

The coalition has yet to comment on the explosive Houthi allegations.

The United Nations has called for an immediate country-wide halt to hostilities in Yemen amid the COVID-19 pandemic. The Houthis said they would welcome a ceasefire if it led to the easing of the crushing blockade of the territories under their control.

Yemen became mired in a foreign-backed civil conflict in 2015, several months after an uprising by the Houthis ousted President Abd Rabbuh Mansur Hadi. After fleeing to Riyadh, Hadi asked Saudi Arabia to help restore him to power. On March 25, 2015, Saudi Arabia and a coalition of mostly Gulf allies began a campaign to try to dislodge the Houthis, counting on their vast technological superiority and economic resources. However, five years on, the Houthis continue to control large swathes of Yemen. The conflict has claimed the lives of over 100,000 people, and the UN has warned that 22 million people, or 75 percent of the country’s entire population, are in dire need of humanitarian aid.

Owing to its status as an isolated, war-torn country, the World Health Organization has yet to report any coronavirus cases in Yemen. At the same time, the WHO has warned that a COVID-19 outbreak in a war-torn country like Yemen, where medical infrastructure is limited or non-existent, would be catastrophic.