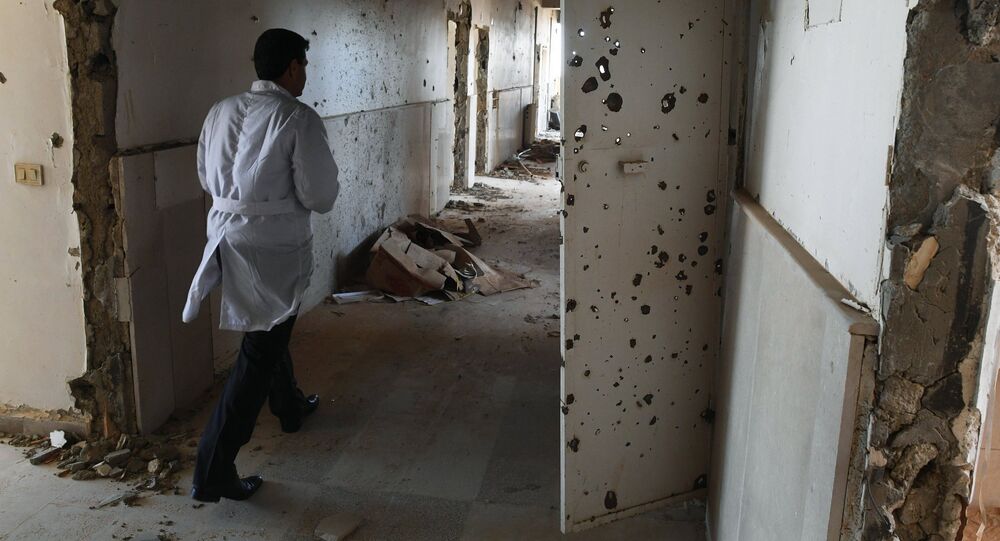 The war-torn, sanctions-hit nation registered its first new coronavirus case on March 22, with the UN warning that the country’s overstretched health care sector may not be prepared to deal with a major outbreak.

Syria’s Health Ministry registered four new COVID-19 cases in the Arab Republic on Wednesday, with the infected individuals testing coronavirus positive at the al-Dweir quarantine center, where they were quarantined last week, the Syrian Arab News Agency has reported.

In a related development, Damascus has introduced a 6 p.m. to 6 a.m. curfew, to be enforced in all provinces of the country (minus militant-occupied Idlib and Kurdish controlled eastern Syria), with the curfew entering into force Wednesday.

The curfew has led to the emptying of the country’s streets, with shops and businesses shuttering and road traffic reduced to a trickle.

The government has launched a public awareness campaign via 300 billboards in Damascus, its environs and the rest of the country, urging Syrians to stay at home, maintain proper hygiene and take other measures to avoid infection.

Earlier, authorities shut schools and some businesses, and suspended international flights, with the military ordered to prepare military hospitals and help the state reduce mass public gatherings. Public and private hospitals across the country have been readied for an outbreak under a national plan to fight the virus.

Pictures of curfew in #Damascus, as official numbers of Coronavirus infection raised to 5.#Syriahttps://t.co/XfKdShXfXs pic.twitter.com/c8UB65o03F

Syria at High Risk to COVID-19

Facing Western sanctions and cut off from large parts of the world, Syria was one of the last countries in the world to report cases of COVID-19, with the first infection reported on Sunday. At the same time, the country is at high risk, because its medical infrastructure has been damaged and overtaxed by nearly a decade of war between the government and a collection of foreign-backed rebels and terrorists.

On Tuesday, UN Special Envoy for Syria Geir Pedersen called for “a complete, immediate nationwide ceasefire throughout Syria to enable an all-out-effort to suppress COVID-19.” The envoy warned that Syria was “acutely vulnerable” to the virus, given the lack of medical facilities, equipment and health professionals, and because of “dangerous” conditions in refugee camps.

Pedersen called on Syrian authorities to “scale up” their COVID-19 efforts, and stressed that “there is not a day to lose” in this fight. He did not mention any possible UN effort to lift US and European sanctions against the Arab Republic, which include severe restrictions on everything from fuel supplies to medical equipment. Washington and Brussels have previously indicated that they would not lift sanctions against Damascus, nor assist the country in its rebuilding efforts.

Global COVID-19 cases topped 417,000 on Wednesday, with the World Health Organization warning that the United States could be one of the virus’s next hotspots.