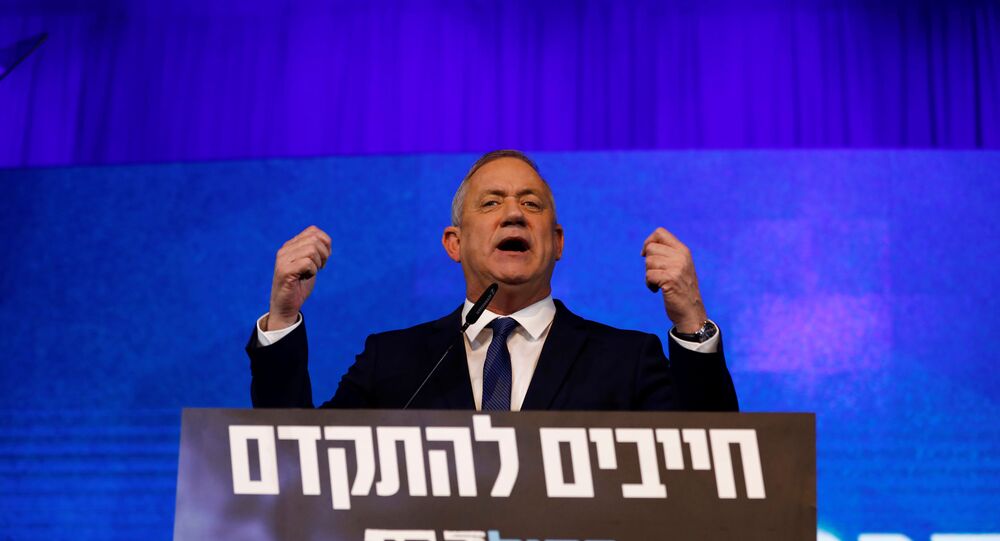 "In accordance with the basic law of Israel, I give the mandate to form the government to Benny Gantz. The law gives you 28 days, starting tomorrow, to form the new cabinet. This is a very short period of time, however, given the extraordinary circumstances both in Israel and abroad, it is possibly a too long period. The seriousness of the situation and the challenges we face require us to show responsibility," Rivlin said.

Gantz was tapped for the job after reportedly securing the majority of recommendations from lawmakers.

On 2 March, Israel held its third parliamentary elections in a year in a bid to resolve the political deadlock. Neither Prime Minister Benjamin Netanyahu’s Likud party nor the Blue and White alliance was able to form a coalition government following two inconclusive votes in April and September of last year.

The snap elections' final count of votes saw Likud in the lead with 36 seats in the 120-seat parliament. Blue and White came in second with 33 mandates, followed by the Joint List of Arab parties with 15 seats, and the Shas party with 9 seats. Ultra-religious party United Torah Judaism, the leftist bloc Labor-Gesher-Meretz, and the right-wing Yisrael Beytenu party each got 7 seats. The far-right Yamina alliance concludes the list with six mandates.