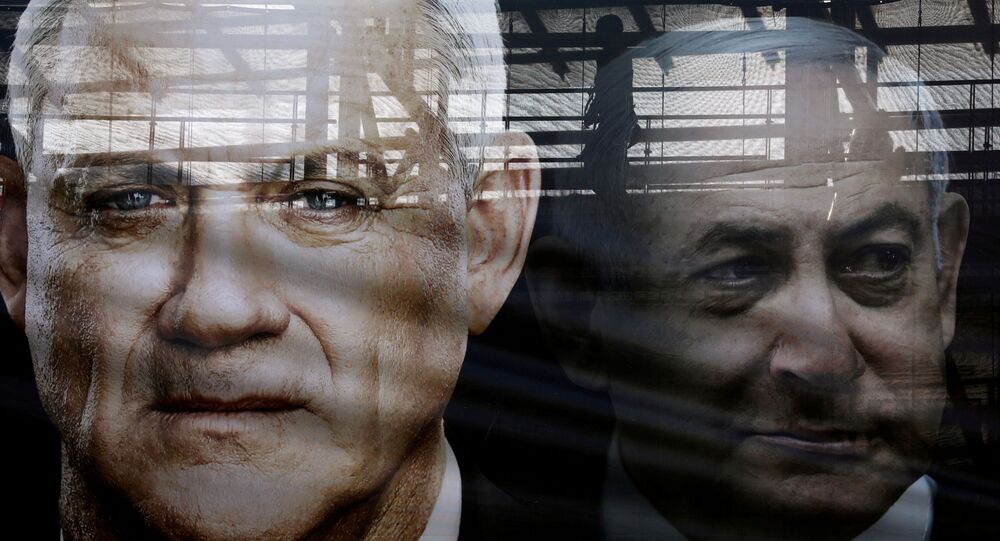 On 2 March, Israel held its third parliamentary elections in a year in a bid to resolve the political deadlock. Neither Prime Minister Benjamin Netanyahu’s Likud party nor the Blue and White alliance led by Benny Gantz were able to form a coalition government following two inconclusive votes in April and September of last year.

"Tomorrow, around midday, the president will assign the task of forming the government to head of [Blue and White party] Benny Gantz", President Reuven Rivlin's office said in a statement, seen by the Haaretz daily.

Nevertheless, the president stated that he would invite both Gantz and Netanyahu for talks on Sunday night in a bid to encourage a unity government between the two largest parties.

On Sunday afternoon, the president summoned the prime minister and the head of the Blue and White party for an "urgent conversation" to discuss the "possibility of forming a government immediately", according to the office's statement.

In the meantime, Yisrael Beitenu's leader, Avigdor Lieberman along with two members of Gantz's own Blue and White have claimed they would oppose a government that relies on support from the Joint List.

Lieberman stated that he supports Gantz, but also called for the formation of an "emergency'' unity government to deal with the coronavirus threat.

Earlier in the day, the Israeli prime minister called for Benny Gantz to unite under a national emergency government led by Netanyahu.

"Faced with a global and national emergency, we must unite forces and establish a strong and stable government that can pass a budget and make tough decisions. I returned and passed a motion this morning to Blue and White Chairman Benny Gantz and his friends to join a national emergency government led by me", he said on Twitter.

​The statement comes after head of Israel's Central Elections Committee Neal Hendel on 11 March presented President Reuven Rivlin with the official results of the 2 March general vote, paving the way for consultations that could end the almost a year-long political deadlock in the country.