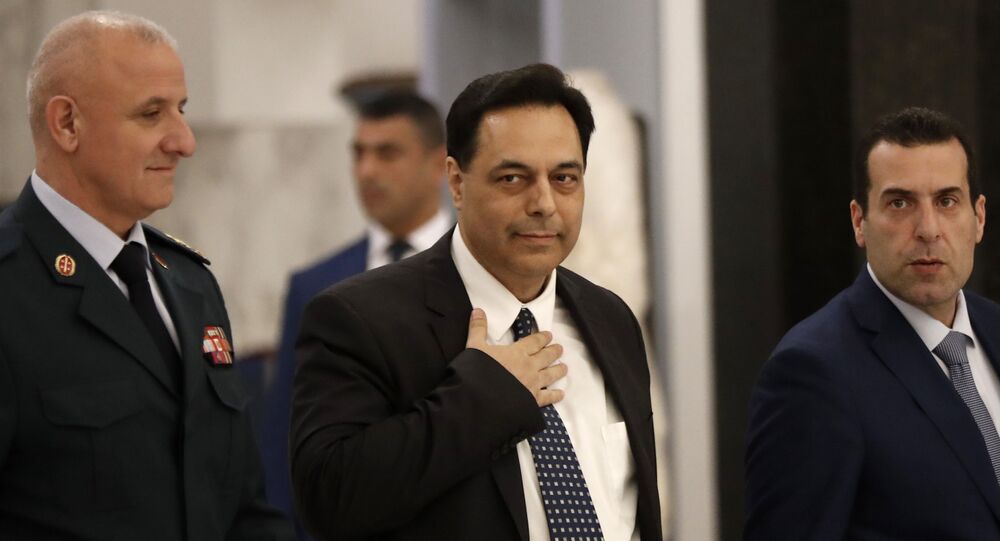 On 6 March, Lebanon’s Financial Attorney General Ali Ibrahim imposed a ban on the asset management of 20 local banks, as well as on the real estate property of their chairmen and boards of directors, according to the al-Jadeed TV channel.

Lebanon will default on its Eurobond debt for the first time, Prime Minister Hassan Diab said in a statement.

The prime minister said in a televised address that the country's currency reserves had hit critical levels and that Lebanon is not able to pay a $1.2 billion Eurobond due to the "current circumstances". Diab said that Lebanon would work to restructure its debt through negotiations with bondholders.

He continued on by saying that Lebanon's public debt had reached more than 170% of GDP, meaning that the country was close to being the world's most heavily indebted state.

The statement comes after a ban was imposed on asset management of 20 local banks a day earlier.

In February, Lebanon's new cabinet led by Prime Minister Hassan Diab adopted a programme of measures aimed at preventing the country’s economy from collapsing. The banking system will be revised as part of the new plan.

© REUTERS / Yuri Gripas
IMF Team to Visit Beirut For Government Briefing on Lebanon’s Response to Crisis
Lebanon has been facing a crippling economic crisis for a long time and the situation further escalated when the government decided to introduce a tax on calls via the WhatsApp messenger in early October. In response to the government's initiative, thousands of people took to the streets, demanding urgent economic reforms to end the crisis. At the same time, President Michel Aoun has blamed it on international sanctions.

Although the measure was eventually scrapped and then-Prime Minister Saad Hariri and his cabinet resigned, nationwide anti-government protests have continued due to worsening living conditions amid a wider economic crisis. The economic and financial situation in the country has been deteriorating, with private entrepreneurs continuing to refuse to accept payments via bank transfers.