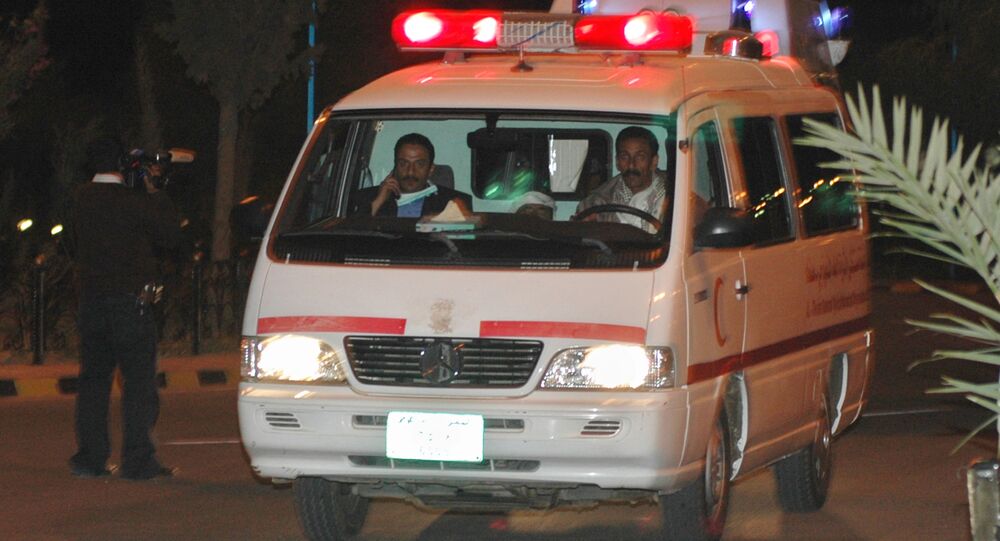 Yemen has been embroiled in an armed conflict between the Houthis and Saudi-led forces seeking to return ousted Yemeni President Abd Rabbuh Mansur Hadi to power for nearly half a decade.

Yemeni Defence Minister Mohammed Al Maqdashi has survived an assassination attempt after his car was targeted by a landmine, the country's adviser to the minister of information said on Wednesday.

The explosion occurred at an army meeting during the minister's visit to military sites on the Al-Mashjeh front in the Sirwah District, west of Marib, the adviser added.

According to a local source, the four members of the minister's personal security team were killed in the explosion.

This is not the first time the defence minster's life has been threatened by an assault. Last October, an explosion hit a nearby a provisional headquarters of the Yemeni Army where the minister was holding a meeting with army commanders. Two servicemen died in the incident. The official himself was not hurt.

The armed conflict in Yemen between government forces led by the exiled President Abdrabuh Mansour Hadi and the Houthis has been ongoing since 2015.

A Saudi-led coalition has been carrying out airstrikes against the Houthis at Hadi's request since March of that year.

The United Nations has repeatedly called the conflict in Yemen the world’s worst humanitarian crisis, with an estimated 24 million people - more than 80 percent of the country’s population - currently in need of aid.