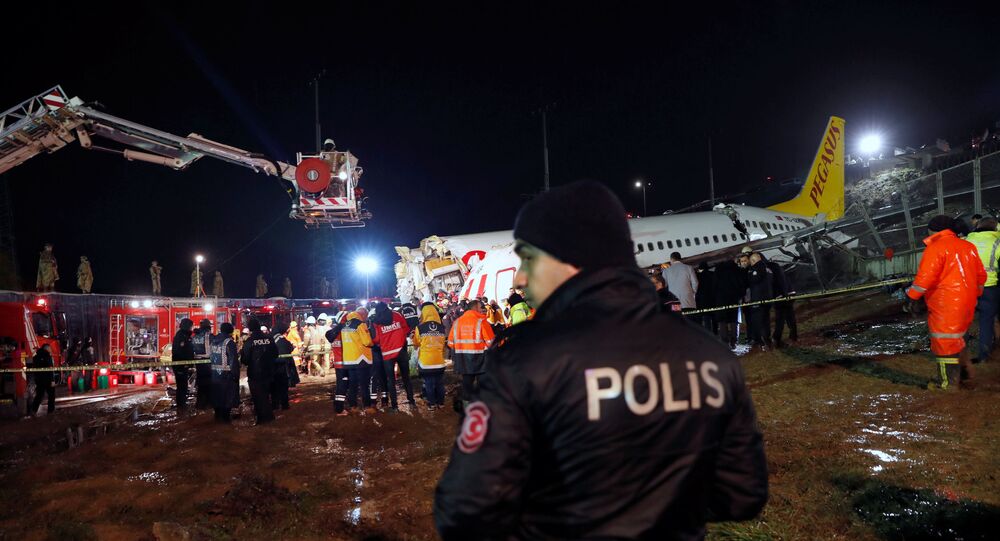 MOSCOW (Sputnik) – The number of people, who have died as a result of the hard landing, conducted by a plane of the Turkish Pegasus airline in Istanbul's Sabiha Gokcen International Airport, has reached three, while 179 others have been injured in the incident, Turkish media reported on Thursday.

Turkish Transport Minister Mehmet Cahit Turhan previously said that no one was killed in the incident, and it was also reported that 139 people sustained injuries.

He added that flights waiting to land at the airport had been diverted to Istanbul Airport. Turkish Airlines said it had cancelled all its flights in and out of the airport for the day.

Istanbul Governor Ali Yerlikaya said that there were a total of 183 people aboard, including 177 passengers and six crew members.

"The plane could not hold on the runway due to poor weather conditions and skidded for around 50-60 metres", the Istanbul Governor added.

She also said that emergency vehicles are working to evacuate the injured.

Earlier in the day, the aircraft, en route from Izmir to Istanbul, overran the runway during landing in poor weather, caught fire and broke into three parts.