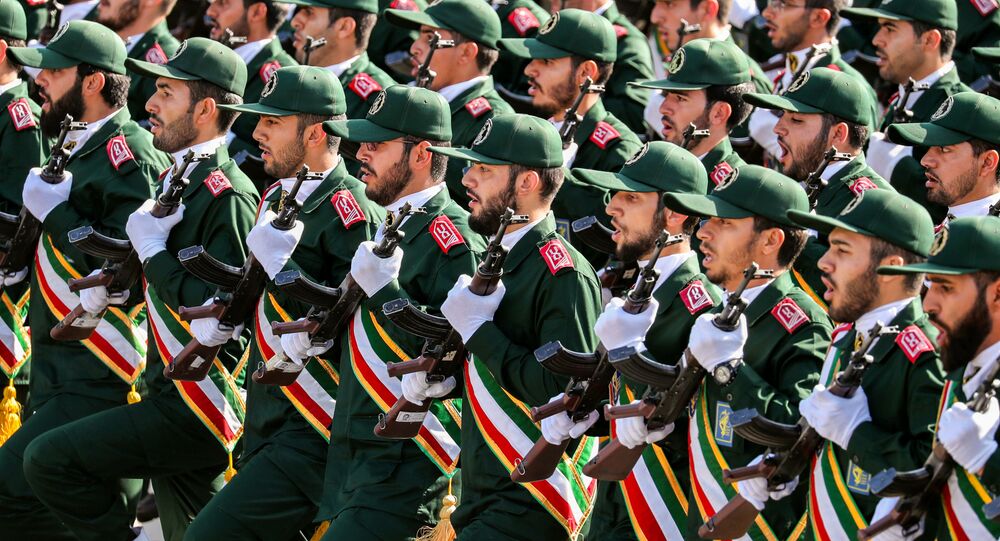 Following the strike on two US military outposts in retaliation for the Trump-commissioned killing of General Qasem Soleimani, POTUS reported no losses, with the Pentagon eventually saying 64 service personnel sustained what he referred to as “brain injuries”.

According to a spokesman for the Islamic Revolutionary Guards Corps, cited by Press TV, the alleged number of “brain injuries” suffered by American soldiers in the wake of an Iranian retaliatory strike on air bases may actually stand for the number of fatalities.

“We conclude that what the United States announces to be related to brain injuries from the attack on Ayn al-Asad to be a metaphor for dead US troops", Brigadier General Ramezan Sharif wrote for the Iranian daily Vatan-e-Emrooz on Saturday.

Sharif expressed a belief that the term “brain trauma”, used by the US, “whether mild, moderate or severe, reflects the number of dead, which they hesitate to formally announce".

He pointed out that the term “brain injuries” sounds odd and vague, as the only common wording with regard to affected troops is just “injured".

Sharif noted that his estimates regarding the actual toll of US casualties was based on data obtained, with 13 large missile impacts from the Iranian attack having been expected to cause “considerable casualties” among foes.

He stressed that the number of injured in such attacks is typically “three to four times” bigger than the number of dead, pointing out fresh data is sure to pop up throughout the 2020 presidential campaign in the US:

“Surely as we approach the US presidential election, more numbers and names related to the dead will be leaked along with the competition among the parties", he added.

On Friday, senior spokesman for the Iranian Armed Forces, Brigadier General Abolfazl Shekarchi, warned that Washington should anticipate stiffer responses from Iran if it goes ahead with its anti-Iran policy of “maximum pressure”, arguing the January attack was just a beginning, a “first slap”, as the authorities earlier dubbed it.

On 8 January, Iran retaliated for the assassination of its top commander, Quds head Qasem Soleimani by launching a number of ballistic missiles on two US airbases in Iraq - Ayn al-Asad in the Al Anbar Governorate of western Iraq and another outpost in Erbil, Iraqi Kurdistan.

The Trump administration took a pause, before announcing personnel had been injured in the Iranian attack. In late January, the DoD said an estimated 50 US military personnel were diagnosed with either traumatic brain injury (TBI) or a concussion, as approximately 200 troops were found to have been in the blast zones of the strikes. Several days later, the Pentagon put the number of injured US troops at 64.