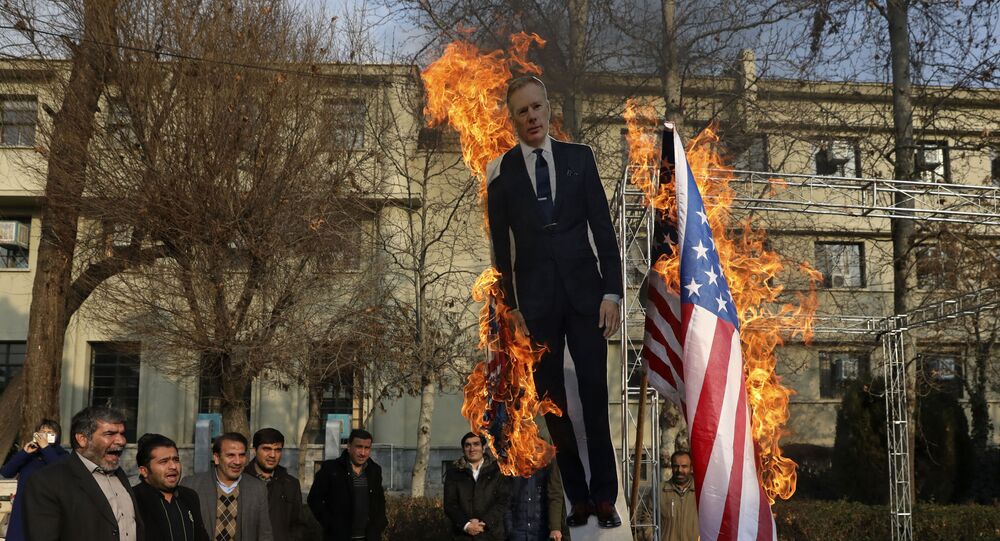 After being detained by the Iranian authorities last week for allegedly attending an unauthorised protest in Tehran, UK ambassador to Iran Rob Macaire reportedly left the country by plane on 14 January.

Protesters in Tehran have burned a cardboard effigy portraying Rob Macaire, the UK ambassador to the country who recently managed to evoke the ire of the Iranian authorities.

According to Sky News, this development comes as Macaire got branded as an “undesirable element” by the Iranian judiciary.

Diplomatic spat between Iran & UK continues after British ambassador was briefly detained at a protest. Judiciary spox says he didn’t respect intl. law & should be expelled, as he is ‘persona non grata’ in #Iran. Hardliners burn effigy of ambassador along with US & UK flags. pic.twitter.com/WwFdLZBogi

​The burning evoked a largely negative reaction online as social media users have apparently taken a dim view of it.

Despicable behaviour, although not unexpected of course. We've got used to, but never immune, to their inhumanity.

HATE GONE OUT OF CONTROL

Get him out of Iran shut the embassy

Some netizens also mocked the apparently low attendance at the gathering where the effigy was immolated.

The other angles of this demonstration are pretty funny; it suggests that even in Iran, doing a proper rent-a-crowd is prohibitively expensive. There are like 9 dudes standing around.

However, there were also those who reserved their criticism for the ambassador himself.

Last week, Macaire was detained by Iranian authorities for several hours after allegedly attending an unauthorised protest in Tehran which was held in response to the country's admission that Revolutionary Guards air defence troops had accidentally shot down a Ukrainian airliner.

While the British Foreign Office branded this detention as a “flagrant violation of international law”, an IRIB news agency reported that the ambassador departed Tehran Tuesday night by plane via the Qatari capital of Doha.