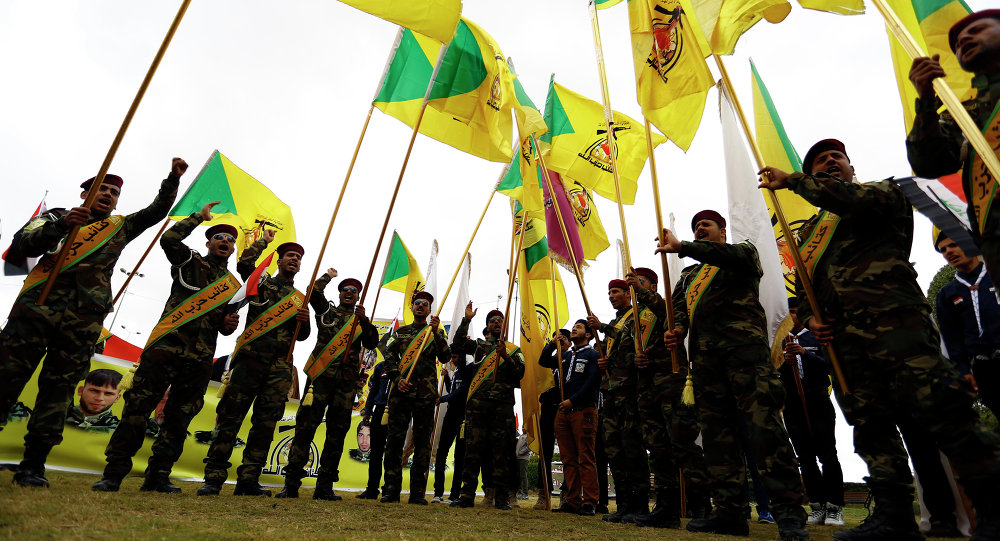 US forces carried out airstrikes against five facilities belonging to Iraqi Shia militia group Kata’ib Hezbollah on Sunday, killing over two dozen people and injuring over 50 more following Friday’s deadly rocket attack on a US military base in northern Iraq.

Iraqi President Barham Salih has condemned the US airstrikes on Iraq’s Kata’ib Hezbollah militia movement, describing the strikes as “unacceptable,” the Iraqi News Agency has reported.

“This contradicts our agreements. It is harmful to Iraq and is unacceptable,” Salih was quoted as saying. The president was also said to have characterised the attacks as being inconsistent with the security agreements between the two countries.

Iraqi Prime Minister Adel Abdul-Mahdi also expressed his disapproval of the strikes, with an Iraqi military spokesman saying that the prime minister told Pentagon Chief Mark Esper that Iraq rejects any unilateral military action that has not been approved by the Iraqi government.

“We have previously confirmed our rejection of any unilateral action by the coalition forces or any other forces inside Iraq, and we consider it a violation of Iraqi sovereignty and a dangerous escalation that threatens the security of Iraq and the region,” the spokesman said, quoting the prime minister’s remarks.

Sunday’s airstrikes, thought to have killed 25 militia members and left 51 others injured across three locations in Iraq and two more facilities in Syria, were described by the Pentagon as a response to Iraqi militias’ alleged attack on a US base near the northern Iraqi city of Kirkuk on Friday. In that attack, one US civilian contractor was killed, and several US service members received injuries. No group claimed responsibility for the Kirkuk attack.

#BREAKING: #PMU's 45th Brigade (#IRGC's Kataib Hezbollah) released 3 videos showing aftermath of #USAF's airstrike against their command & control facility as well as ammunition storage in #AlQaim, west of #Iraq. These airstrikes are carried out by the F-15Es based in #Jordan. https://t.co/pGF5vlPdib pic.twitter.com/GRCPnMbs0t

Defence Secretary Esper praised Sunday’s strikes, saying they were “successful” and that he would advise President Trump on possible “additional actions as necessary to ensure that we act in our own self-defence and we deter further bad behaviour from militia groups or from Iran”.

Israeli Foreign Minister Yisrael Katz welcomed the US action, calling it “a turning point in the regional response to Iran and its proxies”. Iran, meanwhile, condemned the attacks as “direct evidence of US terrorism.”

Kata’ib Hezbollah released a statement in which it called the attacks an act of blatant “disregard and humiliation for the sovereignty and honour of the Iraqi nation.” In a statement, Asaib Ahl al-Haq, another Iraqi Shia militia group, expressed solidarity with the group, saying that “ending US military presence in Iraq is essential, by all means necessary, before it lasts any longer”.

Kata’ib Hezbollah is an Iraqi Shia paramilitary group formed in the aftermath of the 2003 US invasion of Iraq, and took part in the insurgency against US forces in the late 2000s. From 2014-2017, the group joined other Shia militias under the umbrella Baghdad-allied ‘Popular Mobilisation Forces’ coalition in the battle against Daesh (ISIS).* The US classifies Kata’ib Hezbollah as a terrorist entity, and says it has links to Hezbollah in Iran and Lebanon.

The Iraqi-US security agreement has become strained in recent months. Earlier this year, the Fatah Coalition, a major Shia-led bloc of deputies in Iraq’s parliament, called on the US to withdraw its estimated 5,000 or so remaining troops from the country. Parliament deputy speaker Hasan al-Kaabi has also called for legislation to terminate Baghdad’s 2008 security agreement with Washington.