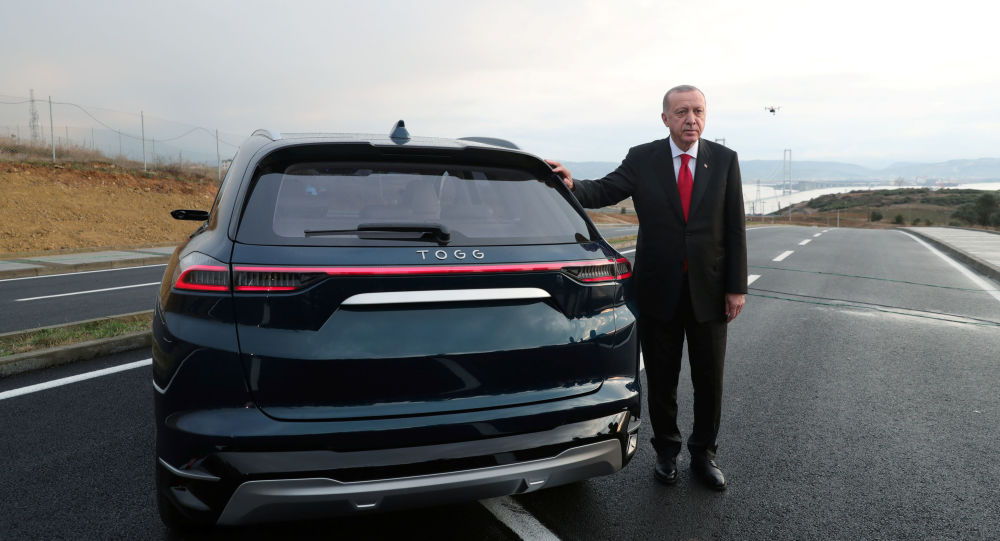 Domestically-produced electric cars are expected to be available on the country's market in 2022.

Turkish President Recep Tayyip Erdogan took a test drive of his country's first-ever electric car during a presentation of the vehicle in Turkey's northwestern Gebze province on Friday.

"We are witnessing a historic day, realizing a 60-year-old dream. I know that our people are impatiently waiting for the day they can own this car,” Erdogan said during the presentation.

A video showing the Turkish President driving an electric car has been shared online.

​The unveiled cars (the SUV and sedan models) were named TOGG after a consortium of five Turkish companies that will produce them.

In a tweet, Anadolu News Agency confirmed that TOGG's production plant, which will cost 23 billion liras ($3.7 billion) will be constructed in the province of Bursa and is slated to be completed by 2021. Production will begin a year later, the agency said, citing the venture group’s head.

According to Turkish media, the car was designed by Italy's Pininfarina company, known for creating models for Ferrari and US-based electric car maker Karma.