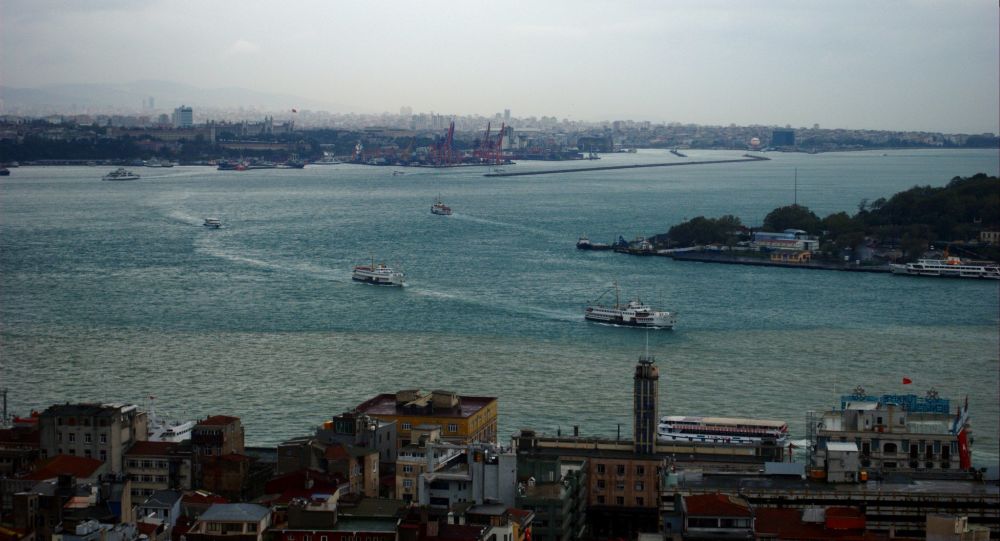 ANKARA (Sputnik) - The ambitious project aims to ease shipping through the busy Bosporus, which is the only gateway to the oceans for Bulgaria, Georgia, Romania, and Ukraine.

The 1936 Montreux Convention, which allows foreign merchant ships to pass through the Turkish straits with a minimal fee, will not apply to the Kanal Istanbul waterway currently under construction, Turkish President Recep Tayyip Erdogan said Thursday.

"We are looking at Kanal Istanbul as an alternative to the Bosporus [strait]. It has nothing to do with the Montreux Convention. The canal will function as a Turkish waterway", Erdogan said.

Earlier in the week, presidential spokesman Ibrahim Kalin said that the canal would be subject to the convention.

The canal will be dug west of Istanbul, passing through the regions of Durusu, the Sazlidere reservoir, and the Kucukcekmece Lake. The European part of Istanbul will, therefore, be turned into an island.

Turkey hopes that the canal will become an alternate waterway through which some 160 vessels pass every day. But ecologists fear it could upend the delicate balance of minerals and nutrients in both seas and destroy marine life.

The convention allows all merchant vessels to travel between the Black Sea and the Sea of Marmara free of charge during peacetime. Limits exist for warships of non-Black Sea nations and during wartime.