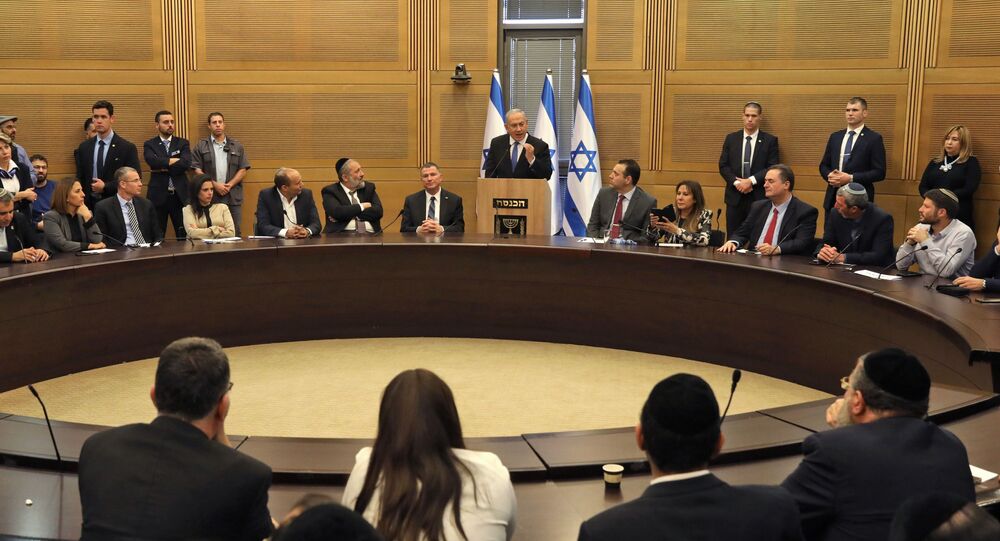 Israel is now heading for its third general election within a year - an unprecedented situation for the country.

The Israeli Parliament has adopted laws on dissolving the Knesset and holding early general election on 2 March 2020 in second and third readings, Haaretz newspaper reported on Thursday.

Israel Knesset dissolved for the 3rd time this year. With a grave constitutional crisis the country is going for #IsraElex2020 on March 2nd, 2020 pic.twitter.com/FXiBIov1uq

Prime Minister Benjamin Netanyahu, who did not attend the first reading that took place on late Wednesday, took part in the second and third readings.

The parliament has also voted to set the election date on 2 March instead of 10 March, when Israelis will be celebrating Purim.

The Knesset of the 22nd convocation had been working for less than three months, thus setting an anti-record in Israeli history.

Israel has been embroiled in a political crisis since the April election when Netanyahu's party won the poll but fell short of obtaining the majority needed to form a government. In the second election held in September, the Likud Party also failed to secure a majority in the Knesset.​

At the same time, Premier Benjamin Netanyahu is facing criminal charges on corruption, including bribery, fraud, and breach of trust - three corruption cases in total. Netanyahu, who denies any wrongdoing, said that the process is meant to topple him and called it "an attempted coup" against an acting prime minister.