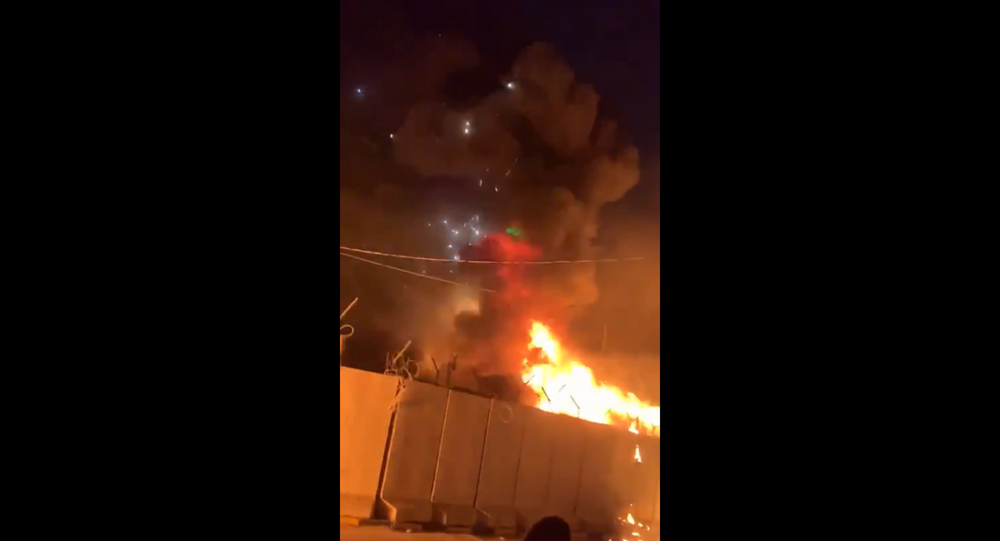 Iraqi security officials reported Wednesday evening that protesters in the Iraqi city of Najaf had set fire to the Iranian consulate.

Videos and photos emerged late Wednesday showing the consulate in the Shiite-majority city engulfed in flames and smoke. Saudi news outlet Al-Arabiya reported the Iranian staffers fled the facility through a back door. Police attempted to disperse the crowd by firing at them, but later withdrew with the diplomatic staff, leaving 17 injured protesters.

​Reuters reported the diplomatic post had been completely burned down by the protesters.

In one video, a protester claims they lowered the Iranian flag from the building as they set fire to it. Other news sources also reported they raised the Iraqi flag over the facility.

​​The London-based outlet Asharq Al-Awsat (The Middle East) reported authorities had imposed a curfew in the city of roughly 1 million people.

Agence France-Presse reported earlier Wednesday on widespread anti-government protests across southern Iraq, including the holy Shiite cities of Najaf and Karbala, where protesters set barricades made of tires ablaze.

Nearly two months of continuous protests in Iraq against widespread government corruption and high unemployment have seen more than 350 people killed and roughly 15,000 wounded amid stiff government repression. They have forced Prime Minister Adel Abdul Mahdi to pledge to step down after a successor is named.