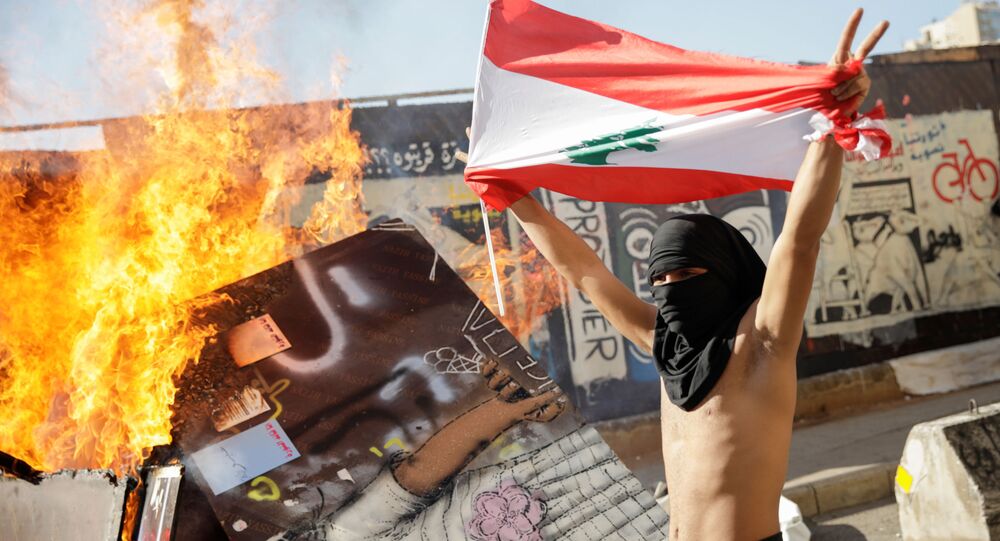 Protesters Burn American Flags and Pictures of Trump in Front of US Embassy in Beirut - Photo, Video

The latest round of demonstrations comes in response to a statement by former US Ambassador to Lebanon Jeffrey Feltman, who said that "the demonstrations and the reactions to them by Lebanese leaders and institutions fortunately coincide with US interests”.

Several dozen Lebanese citizens have over the weekend been protesting near the US Embassy in the capital city of Beirut to express their discontent at what they call US intervention in Lebanon's internal affairs.

The protesters were seen burning US and Israeli flags in front of the embassy.

​The demonstrators were also seen carrying placards that read "USA, mind your own business" or "Shut up, [US Ambassador to Lebanon Jeffrey D.] Feltmann (sic)". One of the protesters set a picture of President Trump on fire.

​The Lebanese people have taken to the street in the wake of comments by US Ambassador to Lebanon Jeffrey Feltman, who said that the turmoil in the Middle Eastern country goes in line with American interests.

The rallies in Lebanon have been underway since October, sparked by the authorities' plan to introduce a tax on online calls made via the WhatsApp messenger, which was subsequently scrapped.

However, the protests evolved into calls to end corruption and mismanagement by the political elite. The riots saw Prime Minister Saad Hariri resign on 29 October.