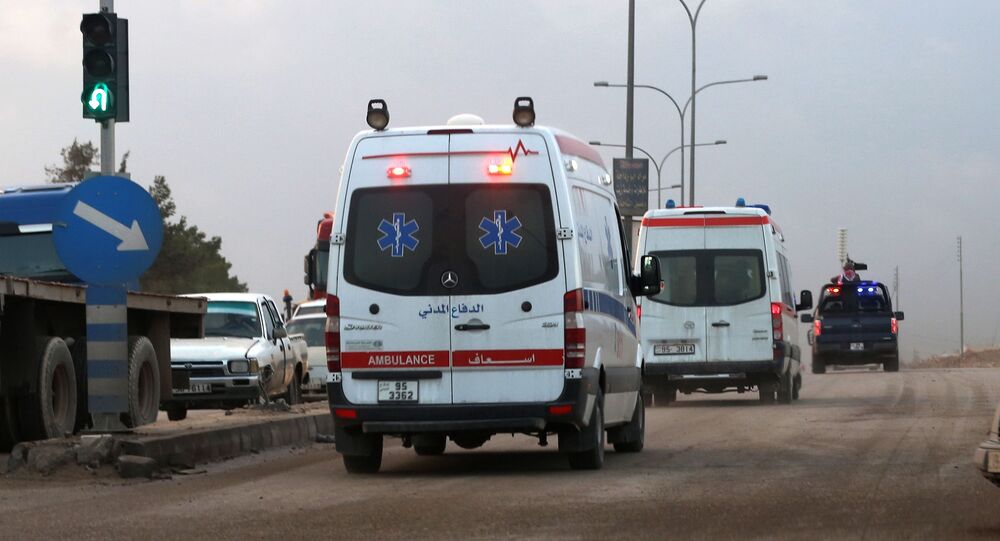 At Least 5 People, Including 3 Tourists, Injured in Stabbing Attack in Jerash, Jordan - Reports

Jerash is located north of the capital Amman and is known for the ruins of the walled Greco-Roman settlement of Gerasa, just outside the present-day city.

Three Spanish tourists have been stabbed along with a security person near the Roman ruins in Jerash, Jordan, state newspaper al-Rai reported citing security sources.

Three Mexicans, one Swiss, and four Jordanians were injured in the stabbing incident at the tourist spot, Jordanian Health Minister Saad Fayez Jaber was reported as saying.

According to Jordanian police, a man that stabbed several tourists has been arrested. Preliminary reports say that the tourists are Mexican passport holders and that all the injuries are serious. Reports say that the injured people have been taken to a hospital and are receiving treatment.

​The security services have already begun to investigate the incident to find out the circumstances surrounding the matter.

2-3 tourists badly hurt. One park employee or tour guide A young French girl 25ish stabbed in side by single attacker dressed in black isis style militant gear including head covering. Appeared to not be apprehended

In August, unknown gunmen reportedly opened fire on a bus with tourist guides near the historic Jordanian town of Petra.