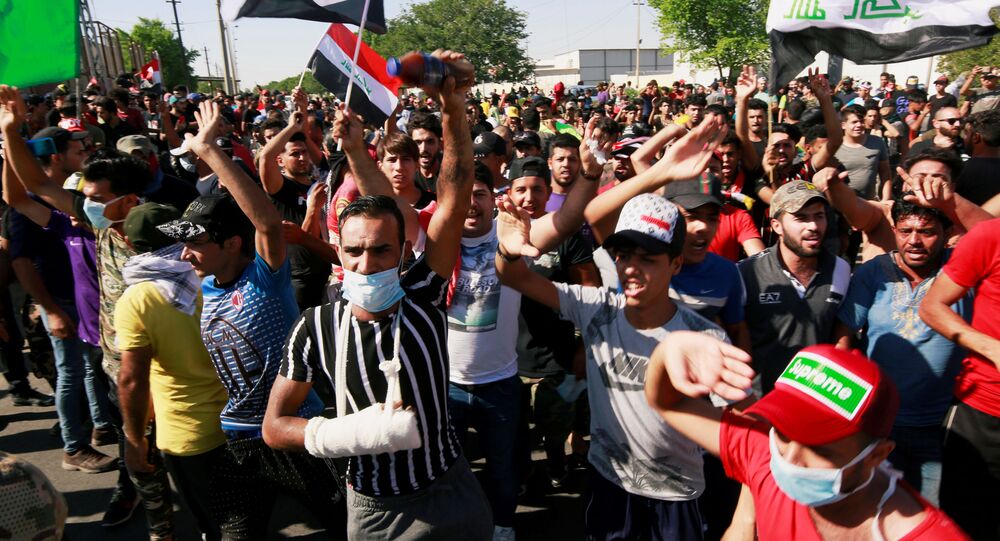 Up to 100 people have been killed and 5,500 more injured as a result of the ongoing clashes between protesters and police in Iraq, according to the Iraqi Independent High Commission for Human Rights (IHCHR).

Iraqi President Barham Salih has announced that the country's Prime Minister Adil Abdul-Mahdi has agreed to resign following demands from protesters, but on the condition that the country's parties agree on his successor in order to avoid a power vacuum.

Iraq’s head of state also said that he has agreed to hold a snap election in the country if new election legislation is passed and a new electoral commission is assembled.

Earlier, the Iraqi prime minister failed to appear before the parliament to answer questions regarding the ongoing month-long protests in the country, which have resulted in casualties. The lawmakers rescheduled the meeting, with the speaker warning that the parliament will take steps in line with the constitution's provisions if Adil Abdul-Mahdi fails to present himself again.

THAIER AL-SUDANI
A demonstrator holds an Iraqi flag as he sits on a building during an anti-government protests in Baghdad, Iraq October 30, 2019

Last Friday, the prime minister vowed to reshuffle his cabinet and introduce an election reform. But this didn’t prevent protesters from taking to the streets again over the weekend, with police using water cannons and tear gas to disperse them.

Protests erupted across Iraq in October, demanding the resignation of the current cabinet, the implementation of economic reforms, an improvement of living conditions, and the eradication of corruption in the country. The rallies quickly devolved into violent clashes with police, leaving, according to the Iraqi Independent High Commission for Human Rights, 100 people killed and 5,500 more injured.

Death Toll From Iraqi Protests Up to 100 People, 5,500 Others Injured – Rights Commission