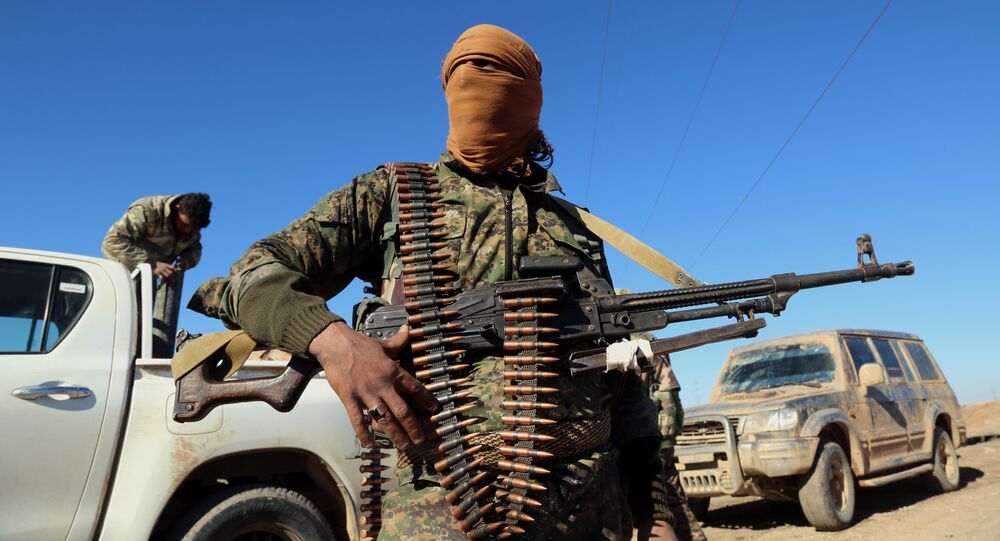 DAMASCUS (Sputnik) - The Syrian government on Wednesday called on Kurdish fighters in the northeast to join the Syrian army and security forces to stave off "common enemy" Turkey, the SANA news agency said.

"The Army and Armed Forces General Command are ready to receive the members and the units who are willing to join it from these groups and to settle the status of those who haven’t joined the compulsory and the reserve military service and the wanted", it was quoted as saying by the SANA news agency.

The Defence Ministry said the Kurdish-led Syrian Democratic Forces should join its ranks after their backer, the United States, started pulling forces this year.

For its part, the Interior Ministry invited Kurdish internal security units, known as Asayish, to join and promised to provide services to residents in the country’s northeast.

Turkey launched a cross-border operation on 9 October allegedly to fight Kurdish militants and snatched a portion of Syrian land. After losing their main ally, Kurds struck a deal with Damascus that sent troops to patrol the border with Turkey. The United States and Turkey came to an agreement on 17 October for a 120-hour ceasefire in the area to allow the withdrawal of the Kurdish fighters.