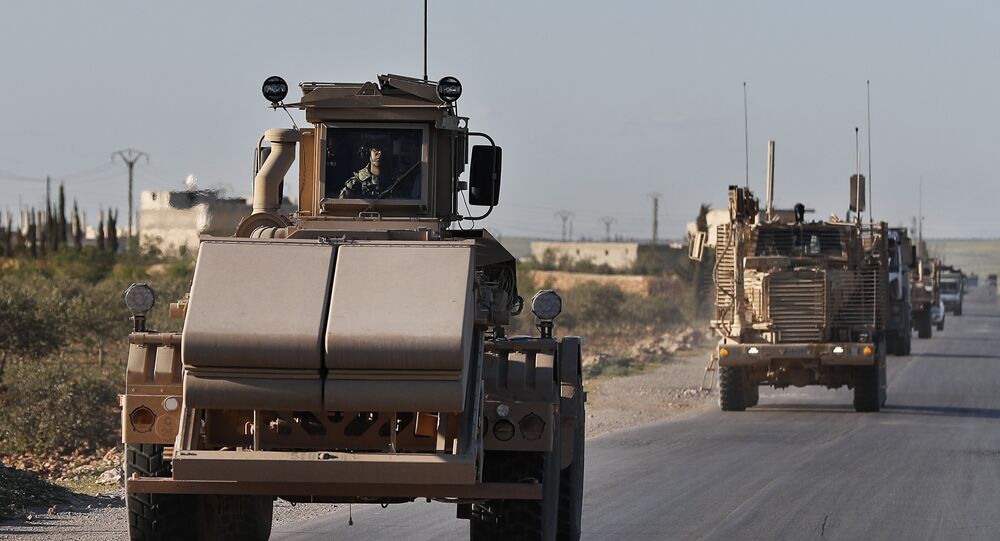 MOSCOW (Sputnik) - The Russian military and the Syrian authorities have taken the necessary measures to ensure the safe withdrawal of foreign troops from northeastern Syria as the evacuation of US servicemen continues, the Russian centre for Syrian reconciliation said Tuesday.

"The evacuation of US forces from the northeastern parts of the Syrian Arab Republic is continuing. US troops have left bases in Dadat and Umm-Mial locations in the Manbij district of Aleppo province and have departed towards the Syrian-Iraqi border," Maj. Gen. Alexey Bakin, the head of the centre, said at a daily briefing.

"The Syrian authorities  and the Russian command are taking all necessary measures to ensure the safe withdrawal of foreign military personnel," the general stressed.

Earlier, a senior US state department official, who spoke on condition of anonymity, said that US troops had completely pulled out from the northern Syrian city of Manbij. However, he added that the US still retains control over the airspace in north-eastern Syria.

On October 9, Turkey launched an offensive in northern Syria in a bid to create a safe zone along the border that would be free of Kurdish militias. Soon after US President Donald Trump announced the withdrawal of US troops from their bases in Syria.

Turkey considers the Kurdish forces to be an extension of the Kurdistan Worker’s Party (PKK), which it has classified as a terrorist organization.