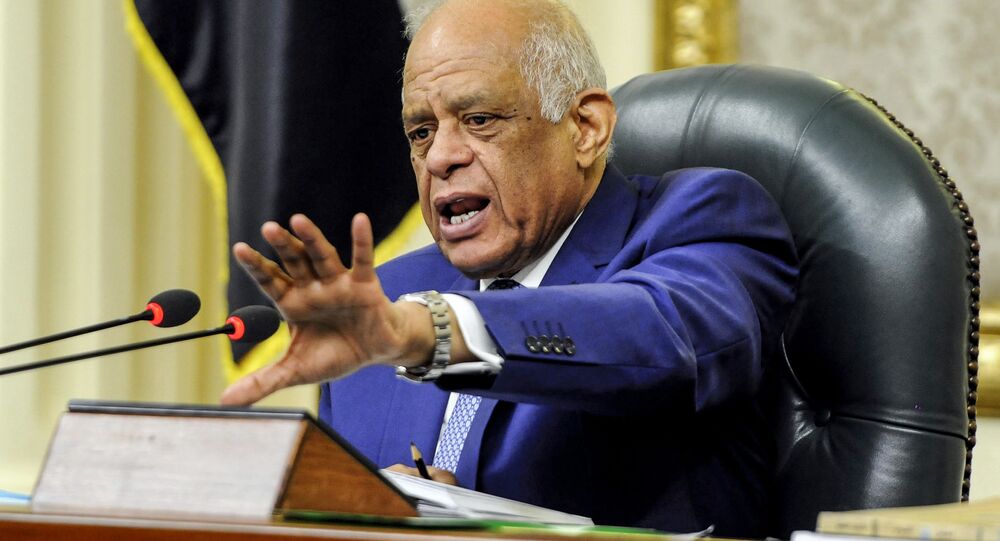 Not the Brightest Moment: Egyptian Parl’t Speaker Under Fire for Comparing President Sisi to Hitler

“Hitler had his mistakes but what allowed him to expand eastward and westward was that he created a strong infrastructure for the German state that remains the source of its leading position in the first world”, Ali Abdel Aal reportedly said during the opening session of Egypt’s final parliamentary session this year, while calling on MPs to support Sisi’s development projects rather than “export problems” to him.

“The problem is that we have a president who leaps to achieve goals, and a government that walks with one foot", Abdel Ali said, while criticising the state’s executive branch for a lack of economic progress.

Abdel Aal also continued by urging parliamentarians to observe a minute of silence in support of the president’s project “to build the modern Egyptian state”.

Social media was quick to find fault in Abdel Aal’s bizarre choice of wording and unfortunate example by calling him a “dictator” and comparing Egypt’s development plans with Nazi Germany’s expansionist politics.

A strong infrastructure? That's a novel way of defining a murderous dictatorship. As for eastward and westward expansion ... What can one say? Ask the Poles, the Russians, the French, the ...

He has a point there but we all know Hitler s intentions... Not the brightest moment there

According to the BBC, Abdel Aal has later rebuffed the criticism by saying that his words were taken "out of context".

The parliamentary speaker's comments came following reports over a spate of protests allegedly triggered by Egyptian whistleblower and exiled businessman Mohamed Ali, who has accused the country’s top officials of state corruption. Local media reports, however, have previously indicated that the Muslim Brotherhood* Islamist movement has been trying to stage mass protests across Egypt by disseminating videos of huge rallies that have taken place over the past few years.